After the Alabasta Arc, when Robin had joined the crew, Roronoa Zoro initially distrusted her, but later on he demonstrates that he cares for her too, as he is willing to fight for her when she is in danger, such as catching her when she was nearly killed by Enel and furiously attacking him for harming her; being the first one to jump to her aid when she was threatened by Aokiji; and jumping to her aid and protected her from getting killed by Hyouzou and said he would fight him in her place.

Furthermore, just like the rest of her friends, he fought to save her from Enies Lobby and won the key that eventually set her free. Robin herself is willing to protect him in any kind of danger he is in, such as how she desperately tried to save him from getting killed by Kizaru and stopping him from being killed by the water pressure when he wanted to exit the ship on the way towards Fishman Island. After Enies Lobby, Zoro completely trusts Robin and they both get along well with each other. 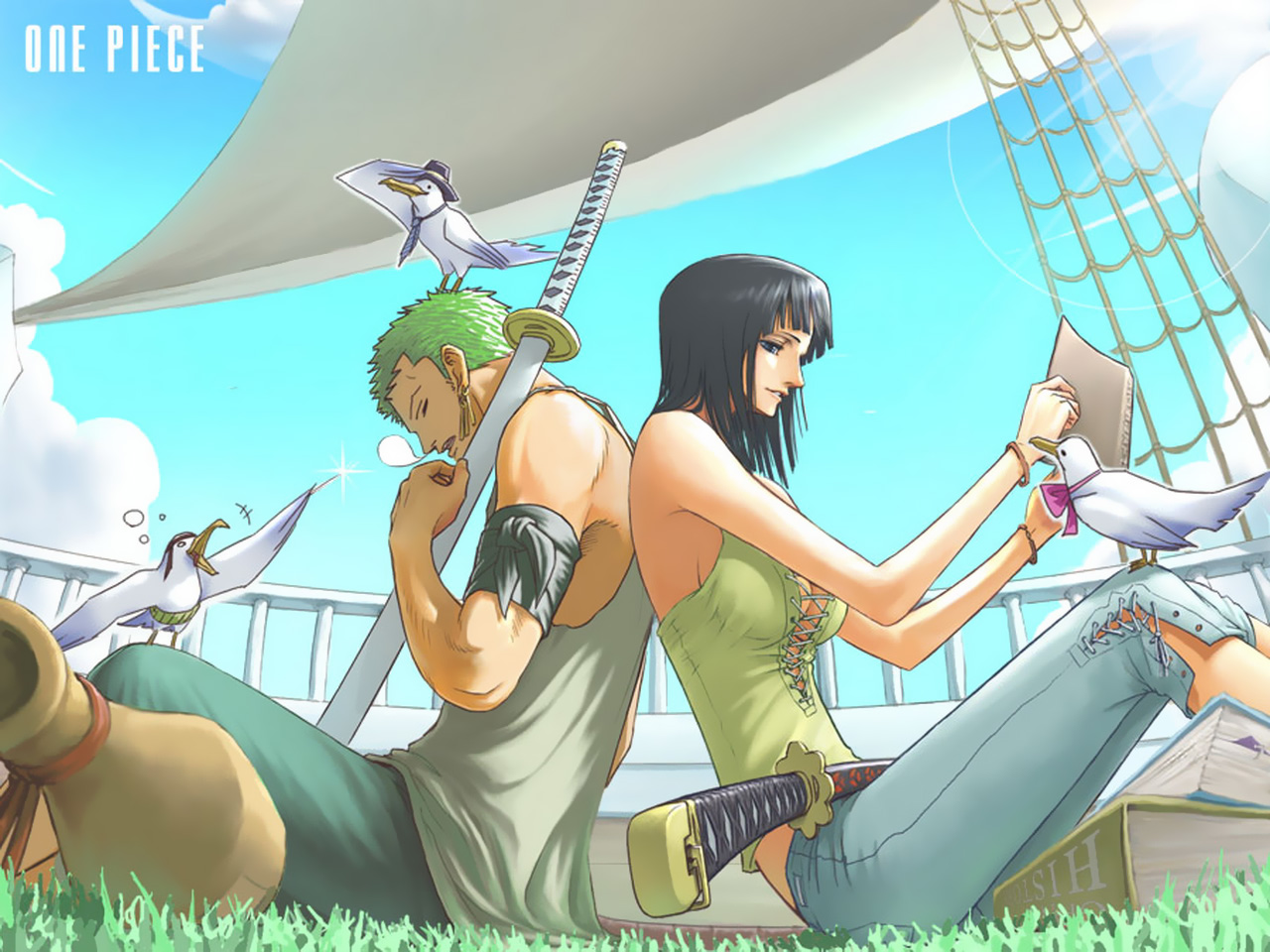 nico robin one piece Robin and Zoro straw hat pirates zorobin 2015-12-31
admin
Precedente: Too much epicness in one picture! How many One Piece characters can You recognize?
Successivo: One Piece: D Wars (Star Wars Trailer Parody)

8 Things You Should Know About “Massacre Soldier” Killer