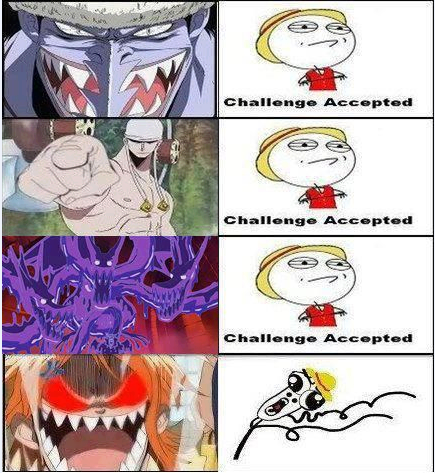 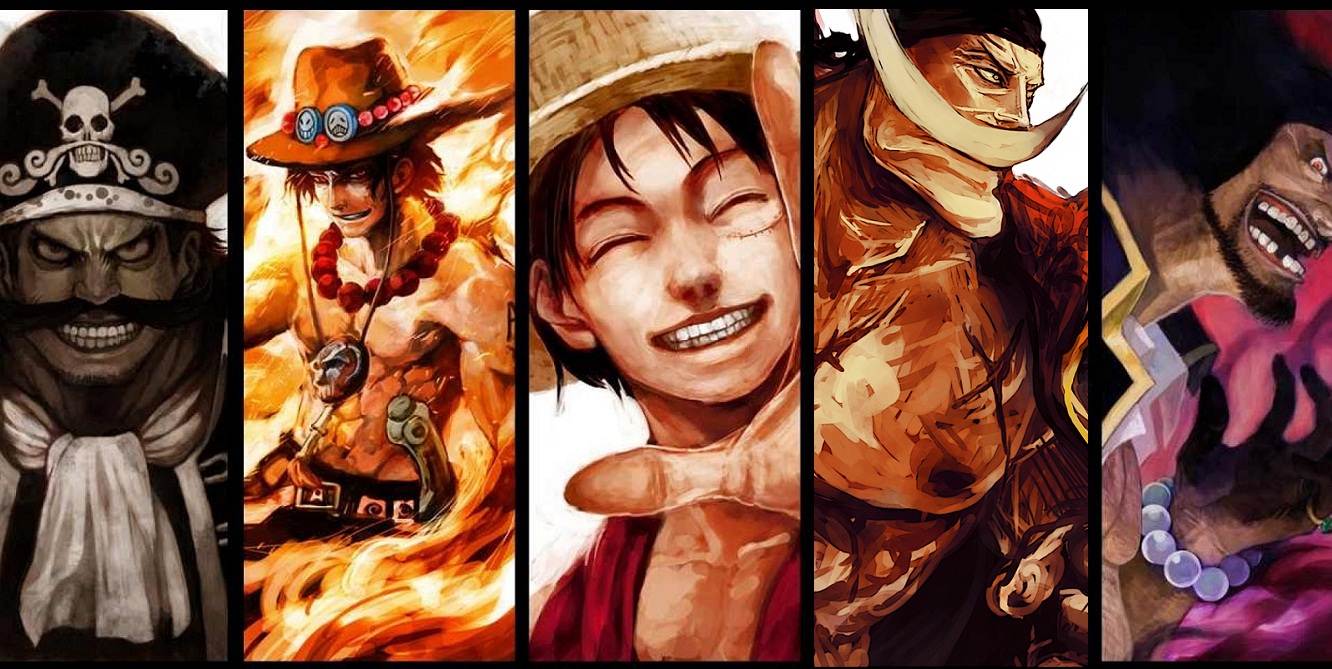 The name Poneglyph itself was more than likely chosen from hieroglyphs (Word of the Gods). However, given that Oda has been inspired by Vikings it seems that the Poneglyphs main inspiration has come from the Rök Runestone. There are many different types of Nordic runestone I could have used, but this one seems to have many elements which the Poneglyphs also have.
To begin, the Rök Runestone contains a fragment of what is believed to be a lost piece of Norse mythology. Similarly to how the Poneglyph’s (perhaps more so the Rio Poneglyph) has fragments of the lost history of the Void Century. The passage on the stone itself has three parts which each consist of 2 questions and one poetic-like answer, much like how Robin discovered there are Poneglyphs containing clues or truths.
The stone mentions twelve battles of war over two war booties/precious weapons which would likely be the Ancient Weapons in One Piece. Although the number of weapons are different, perhaps One Piece’s narrative required three. Possibly that the origins of each weapon came from a Sky Island, one from Earth and another from Fishman Island, or something along those lines.
The stone also refers to twenty kings (four brothers who each had five sons), these brothers all had the same name. This piece of mythology was supposedly common knowledge at the time, but has since been completely lost. Now we know the Twenty Kingdoms brought the downfall of the Ancient Kingdom and became the World Government. However, the all male bloodline and the same name could also mean the ‘D’s. Although, there are 5 members of the Gorosei who we don’t know almost anything about, so they could be the eldest living descendants of these brothers.
If this is indeed the Poneglyphs origin, I’d guess Oda has done what he did with Whitebeard/Blackbeard and used the same source to influence both. For those who don’t know, the real Blackbeard was named Edward Teach/Thatch. From that, in One Piece we got Edward Newgate (Whitebeard), Marshall D. Teach (Blackbeard) and Thatch, who Blackbeard killed to get his Yami Yami no Mi.
Finally, the last part becomes difficult to read given that the runes used switches to an older style. It’s been assumed that its intentional, and that the rows following this point concerns legends connected specifically to a single tribe(Vélinn’s). A brief summary would be that Vélinn who wrote the rune lost his son, possibly in the battle I referenced earlier, his wife made some sort of sacrifice, and it also talks about the strength to overcome a giant.
Given the cyclic nature of One Piece, this could possibly be used as a description of the first time the World Government and Ancient Kingdom fought. Skip forward 800 or so years and Gol D. Roger finds the Rio Poneglyph. His wife, sacrifices herself to keep Ace alive. Ace then eventually gets killed in the Battle of Marineford, which also happens to include the giant-like Little Oars Jr. However giant could easily mean adversity in general and I’m reading too much into this.
All this said, given the history of Ace, he could have respected Gol D. and gained his will and sought to become pirate king. Luffy could have also become a marine like his grandfather or even a revolutionary, but he fatefully met Shanks, gained the Strawhat and wanted only to become pirate king. Ace and Luffy meet and swear brotherhood to one another, meaning in some weird, indirect way Roger is almost like Luffy’s father too. The marines therefore probably killed the wrong ‘son’ and Luffy escaping has broken this cycle.

*All rights go to PoorPeterParker 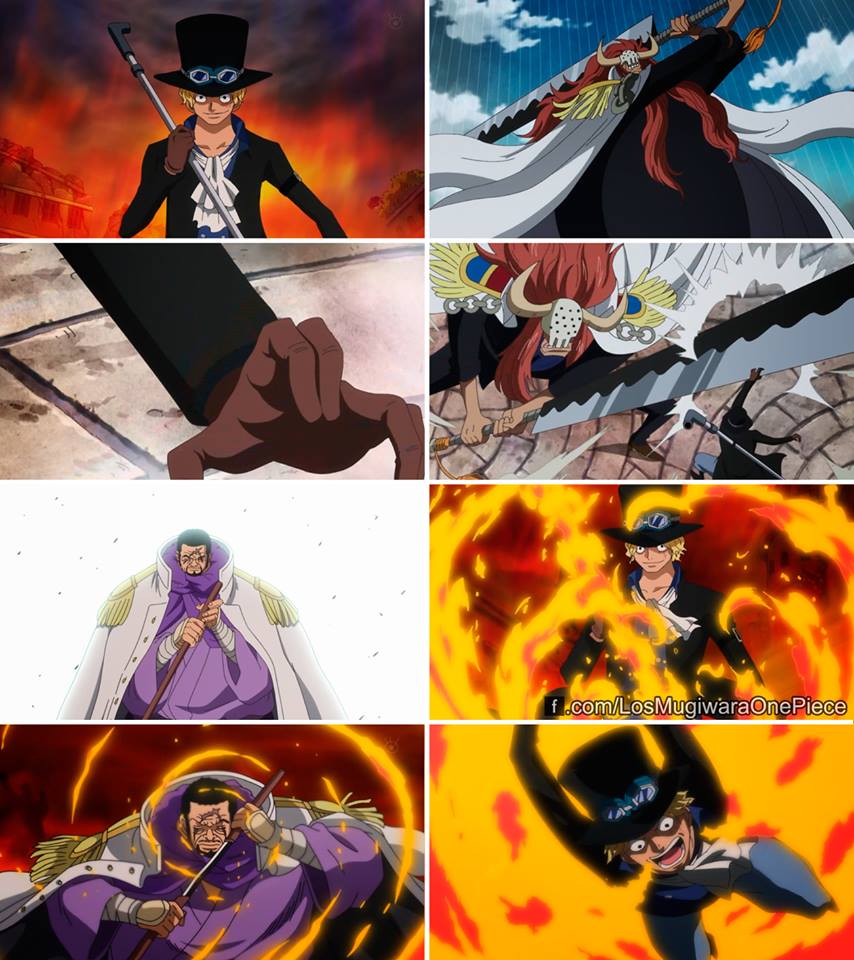 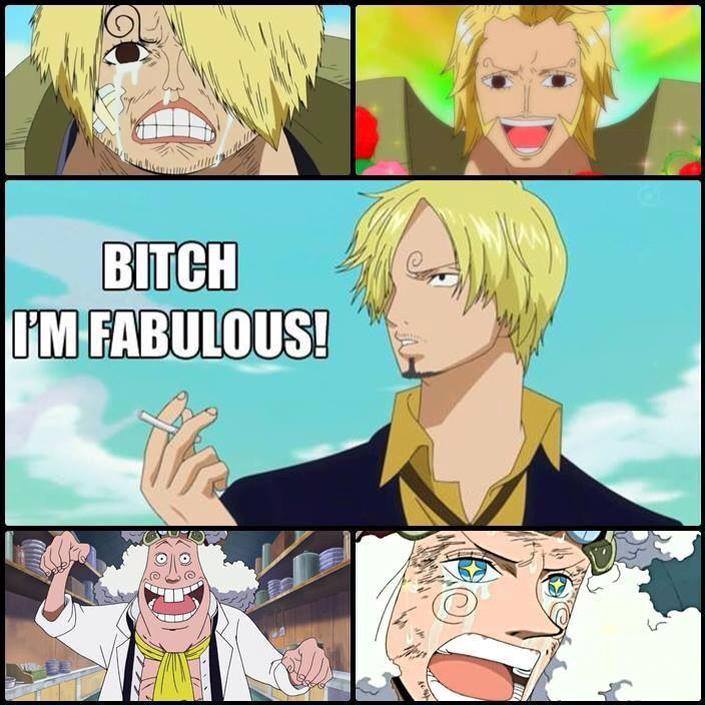