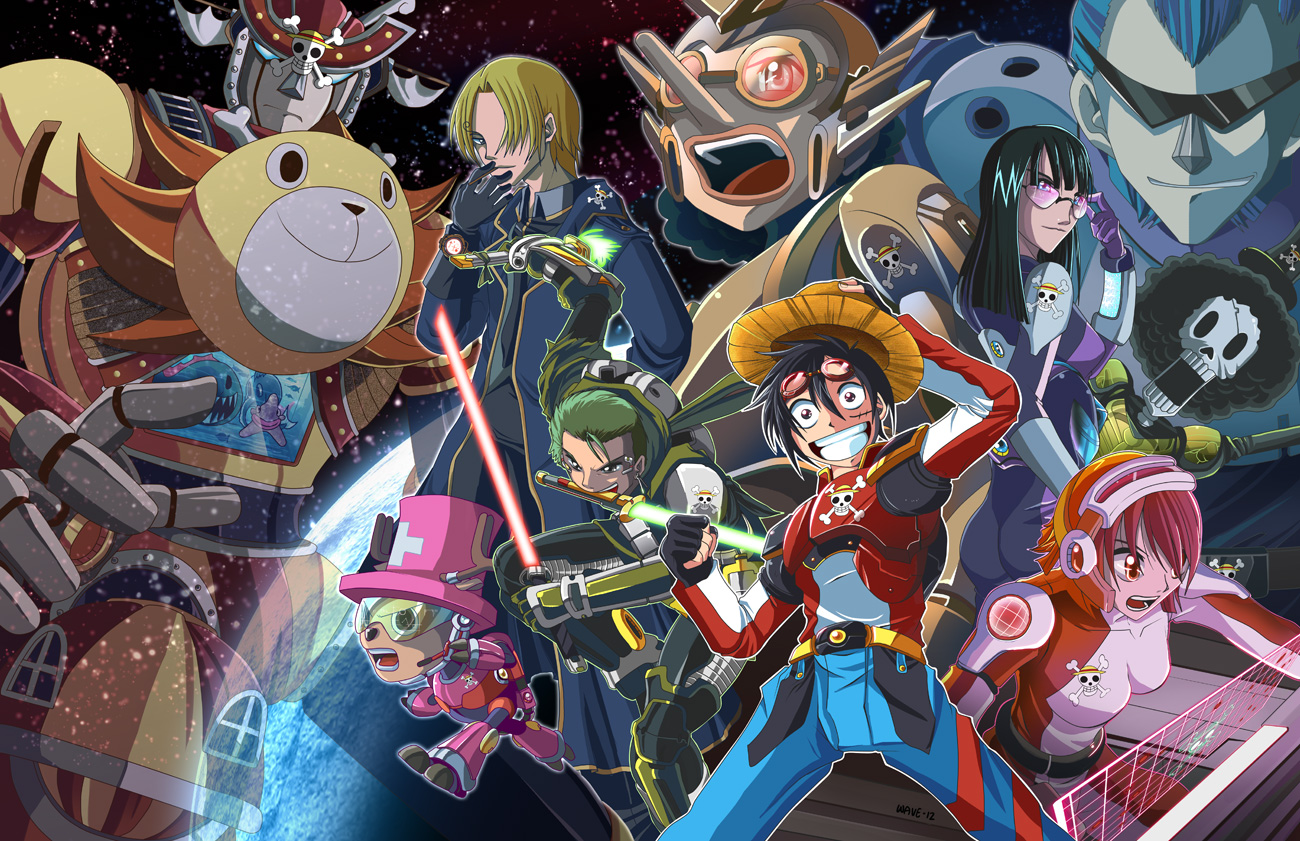 Let’s discuss the meaning of the space in One Piece. There are 6 hints so far, and also 3 general ideas, that the space might have a more dominant role later in the story.

1)The 3 races from the moon 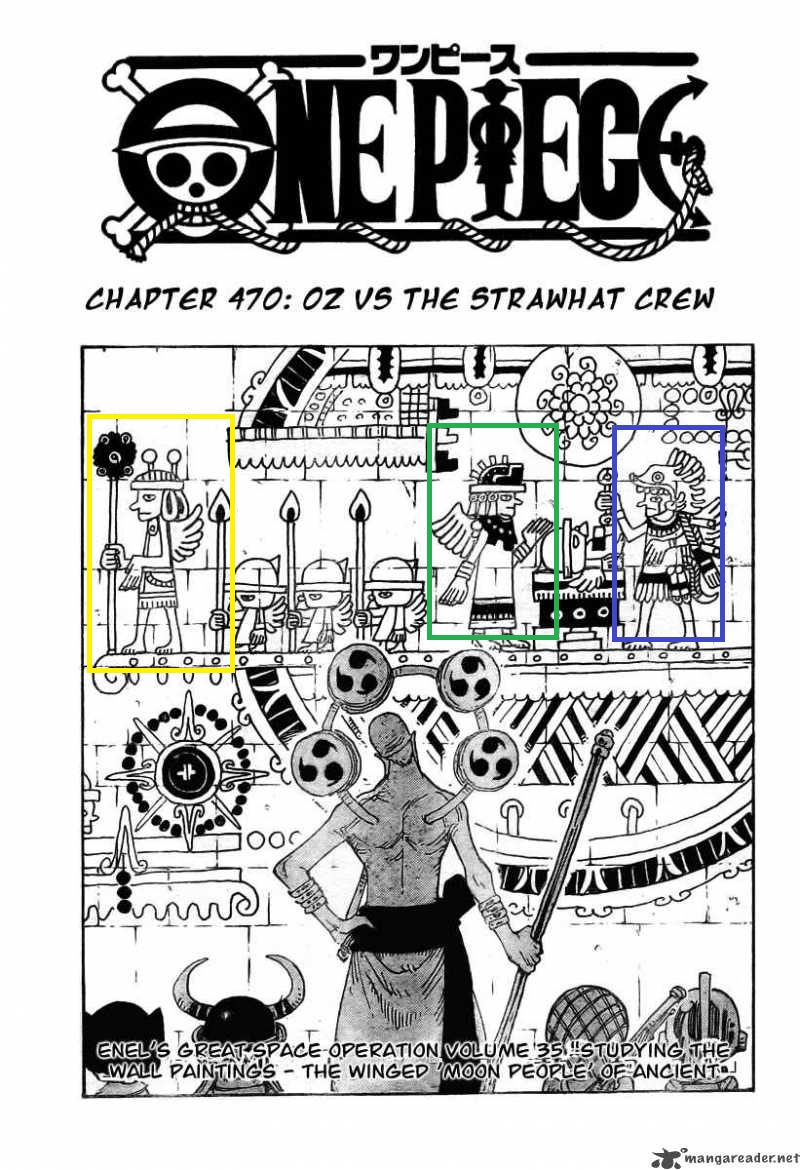 This picture shows the 3 different races originating from the moon and travelling down to the earth: The Birkans, Skypieans and Shandorians. This is a fact, we know that there are these 3 races and we also know that they were living on the moon, until their ressources were spent, and they had no choice but to travel down to earth. Additionally, it shows Enel and his Space Pirates.

Like I mentioned in my theory about Uranus = The Tree of Devil Fruits, the 3 races in the picture above also represent the 3 Ancient Weapons: Uranus, Pluton and Poseidon. The unknown weapon Uranus is connected to the sky, something “above the water/earth”, in a big picture, sky could also mean space, especially considering that the 3 races came from the moon. 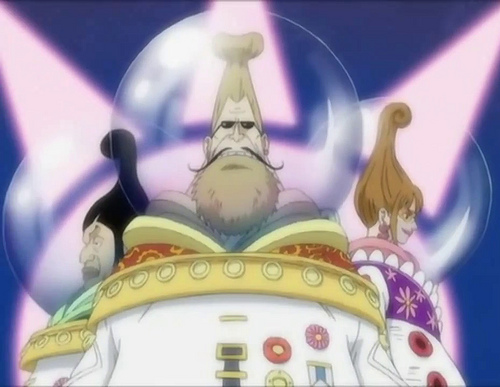 4) Gravity in One Piece 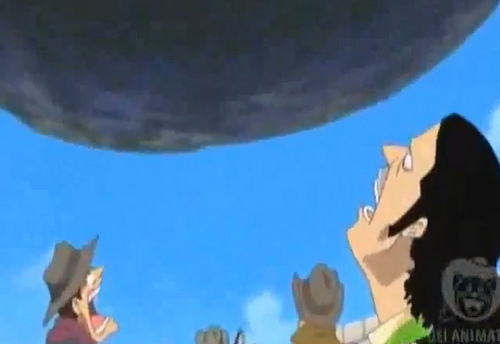 Some big, round, dark sphere sucked up Capone Bege’s ship, this reminds of an object with strong gravity, a moon? And we also have been introduced to a new Devil Fruit regarding gravity: Fujitora’s DF.

5) The Voice of All Things

The ability to hear the Voice of All Things is similar to the concept of prayers: God can “hear” all prayers, just like Enel, who titled himself as “God”, was able to hear everything from the Skypieans, and Enel’s origin is in fact the moon.

We saw a model of the entire One Piece world on Ohara: 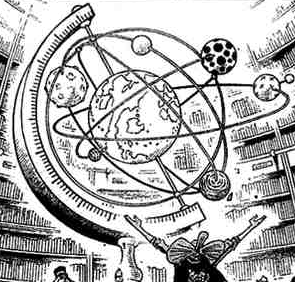 Clearly visible: 6 moons! And this is quite something, because the historians of Ohara did nothing less but research the Void Century, so we have a direct connection between outer space (moons) and Void Century.

Now on to the ideas I have in mind or have read before:

3) The Devil Fruits are from the moon!
I saw a video-theory that that got me thinking.

The author of the video suggests the Devil Fruits come from the moon, because they were created by the 3 races from the moon, like their weapons. The fact that Devil Fruits are weak to water, is simply because there is no water on the moon! The people from the moon just never considered the effects of water, while they were creating the fruits. Then, as I mentioned above, the resources were spent and the moon people had to relocate to earth, and we know this ended in war with the victorious World Government. Why did the WG win? Because there was water everywhere, and the moon people were at a huge disadvantage!
Now this theory sounds quite interesting, but it has one big flaw: If the fruits were created on the Moon, and they didn’t know about the element water, how did the creators know about the remaining elements: Wind, Fire, Earth? Is there supposed to be wind and fire on the moon?
I dont think this theory is true, but I found it quite intriguing and it’s absolutely worth a discussion. 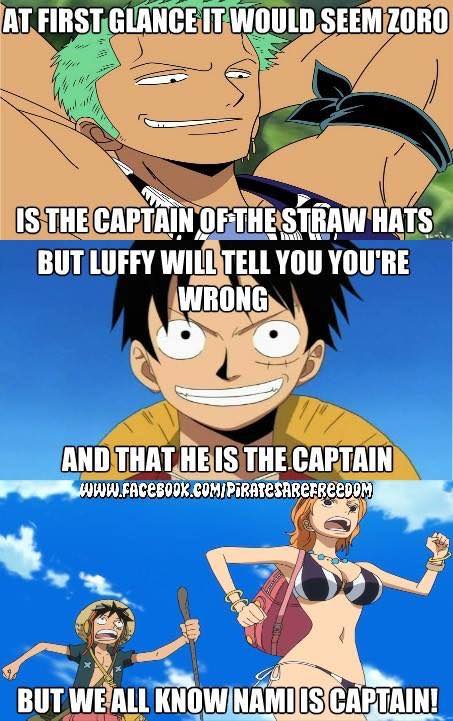 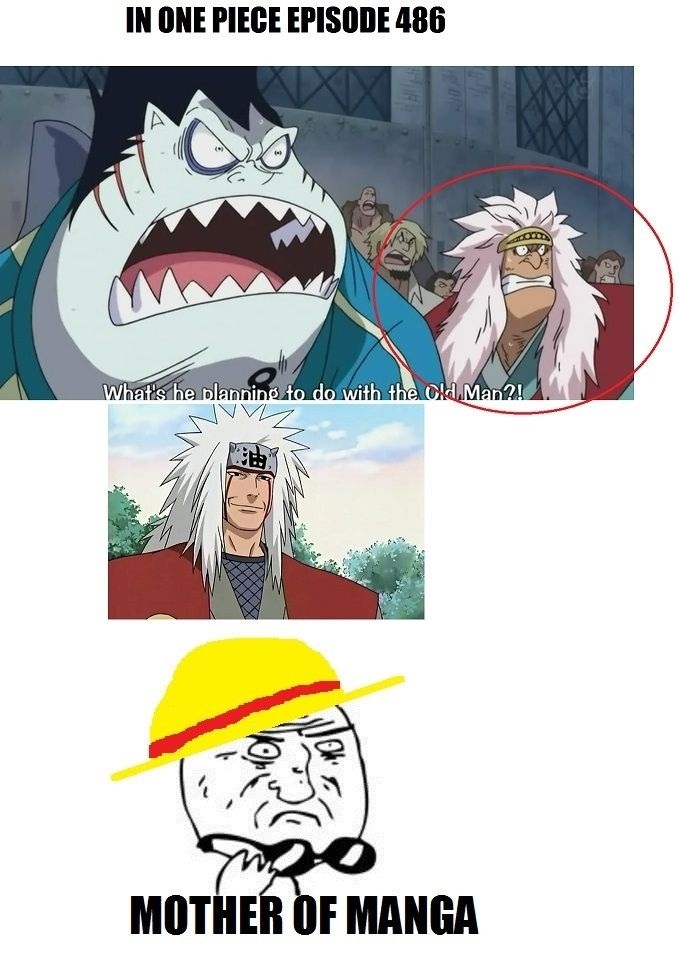 Surpass The Best To Be The Best ~ Roronoa Zoro Tribute 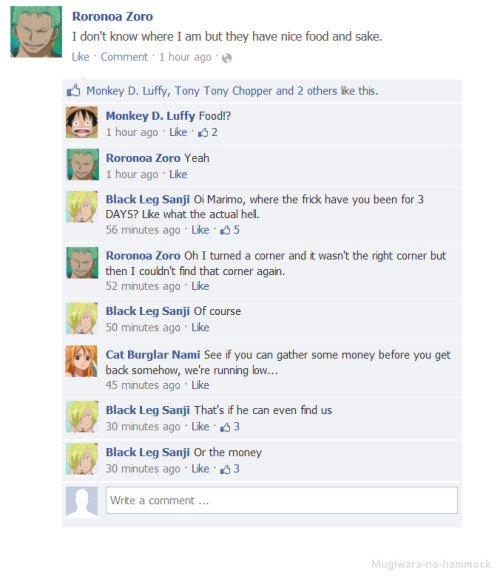