Oda has been asked about the story ending! Here is what he says about it!

“The story’s end hasn’t changed once since the beginning. The problem is that I haven’t been able to really digest all the things that are happening along the way toward the end.” Inoue Takehiko Pia(2009) 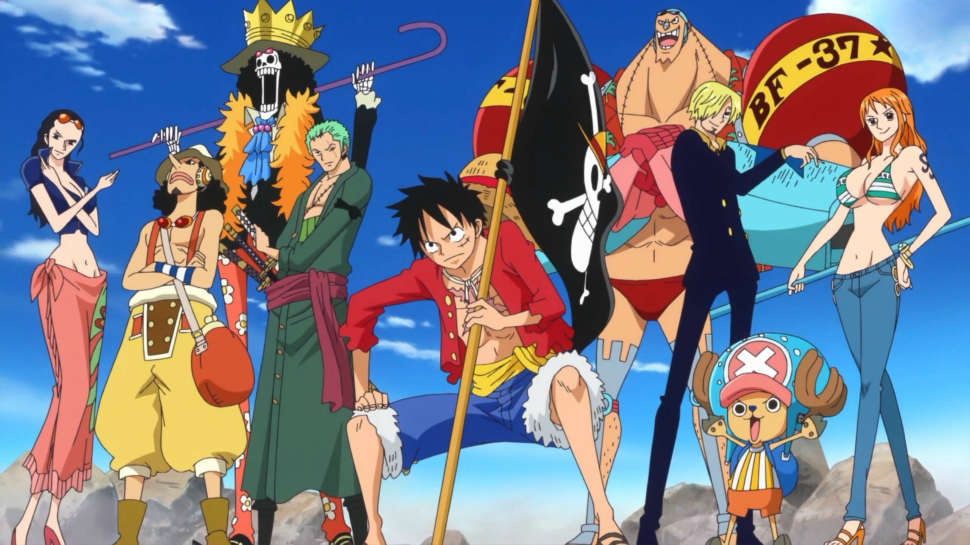 Question: …Exactly how far ahead do you plan One Piece, and what is your story-planning technique?
Oda: I only have the ending of One Piece in my mind, and nothing else. But knowing the end point, I weave the story and make story arcs that build up to it. English Shonen Jump

“I just can’t help but draw a lot. The weekly format is set at 19 pages, but from the creator perspective I want to move the story along faster. I end up jamming as much as I can in there. There is also wanting to finish faster so I can relax.” Inoue Takehiko Pia (2009)

“The thing I want to do most in my comics is really not stories, it’s character models. I think like, “Is this style of person possible?” The time I spend doing all kinds of different designs is fun.” 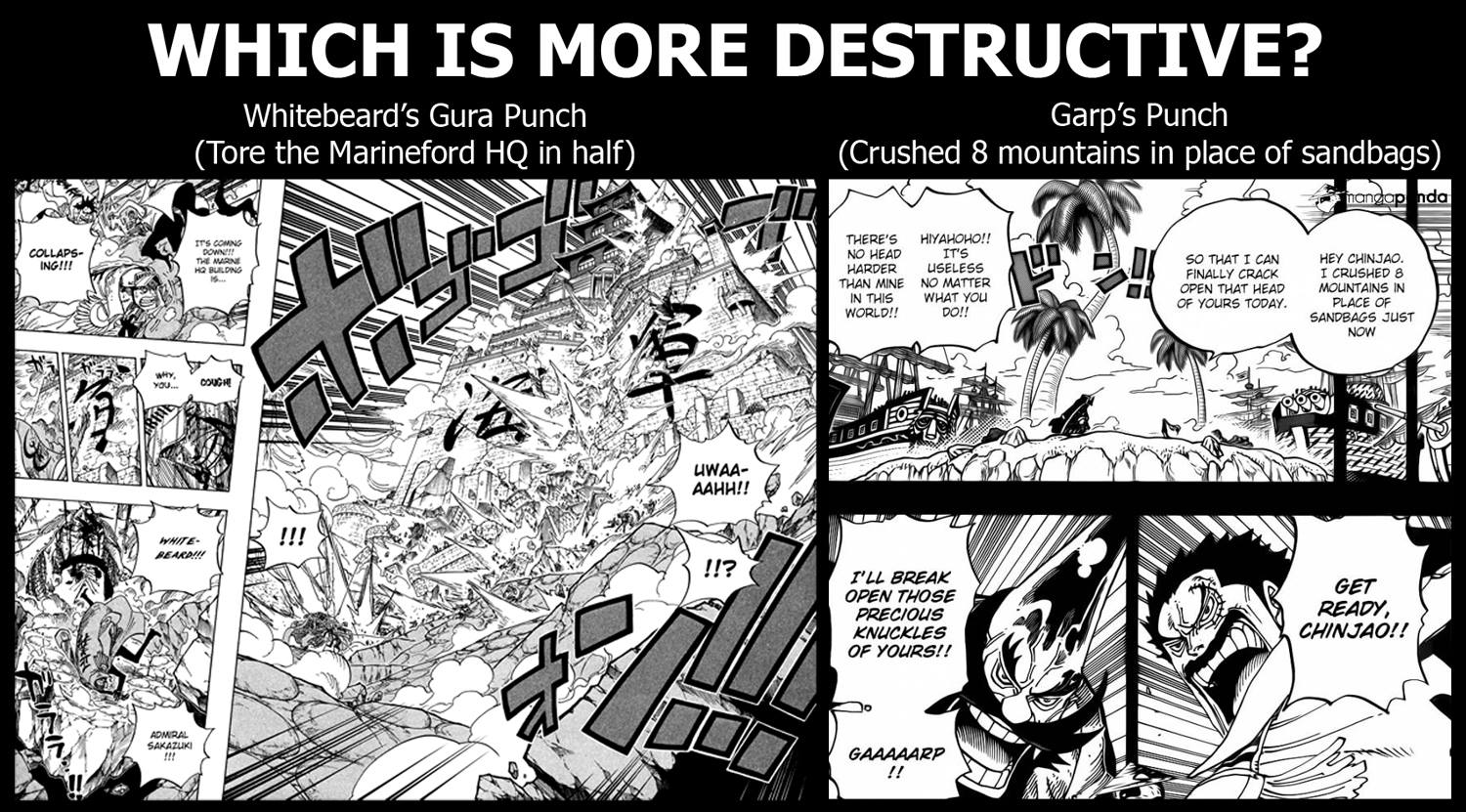 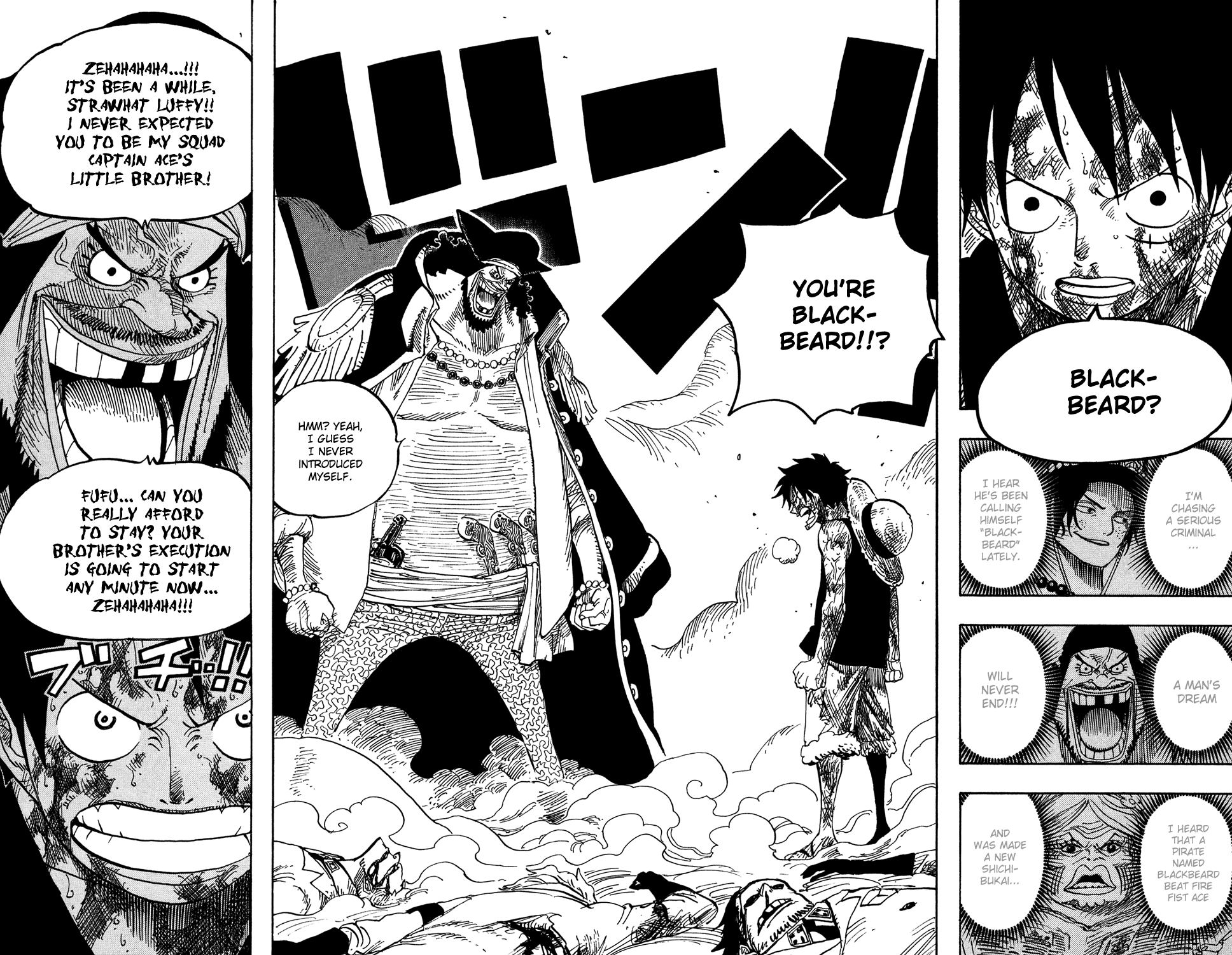 Straw Hats’ Adventure, so much Epicness! 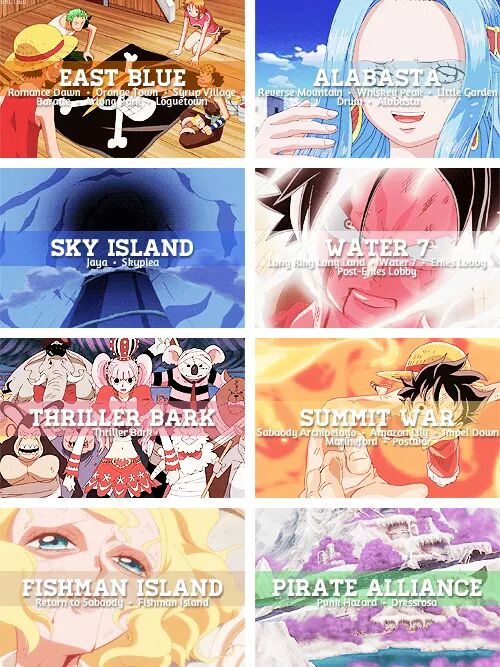 D: Right before Ace died, he couldn’t speak very loudly, so he asked for his final words to be told to everyone, afterwards. Did Luffy ever end up passing on the message “Thank you for loving me” to everyone? P.N. Otohimememe

O: I see. He really did promise that, yeah. But as events unfolded, it doesn’t seem like Luffy was able to meet with the Whitebeard Pirates’ crew members. But, that’s alright. Those crew members loved Ace and went to war as a result of that love, so not a single one of them would resent not directly receiving any words of thanks. At that time, Ace had a different wish. The thing that he made Luffy promise to “tell everyone afterwards” was what, exactly? To survive. So I think that those last few words that he managed to utter reached more people at that time than we could have ever imagined.

What’s Your Favorite One Piece Arc?

Dressrosa is finally over. So far One Piece has had 28 story arcs (and counting). Some so very long spanning across a year and others so short that it’s barely few months.

Then, Wich is your favorite Story Arc? 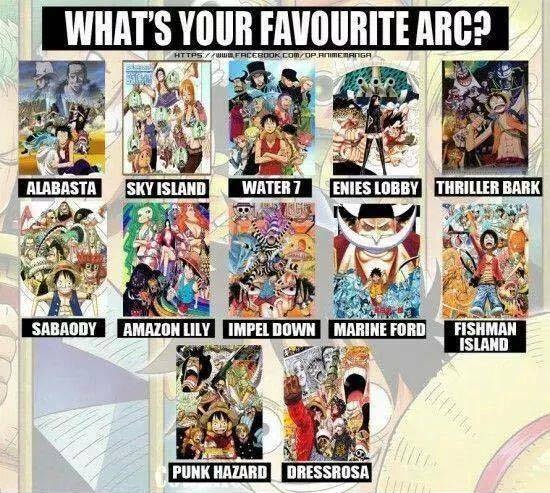 When Ace first meets Luffy’s crew, he tosses them a piece of paper and leaves. However, in the anime, his time with the Straw Hats was extended and he journeys with them for a while. During the journey though, Ace’s bead necklace kept appearing and disappearing in-between scene changes, most likely due to mistakes from the animators.

In the manga, it is unknown if Ace can light things on fire from a distance without spouting flames that make direct contact. However, in the anime, he is shown lighting a cigarette for Sanji simply by pointing his finger.

In the anime, the Ace’s and Luffy’s fight against the Marines (after Luffy unlocked his handcuffs) was expanded and Ace showed more of his attacks.

In the anime, when Ace was struck through by Akainu, his beaded necklace broke apart and fell all over the ground, and one bead ended up rolling to Whitebeard’s foot, who picked it up tearfully; in the manga, the necklace remained intact. Ace also was covered in less blood than in the manga, and the smoke coming from his wound was absent. Other oddities include most of the artwork being largely uninspired by the manga. 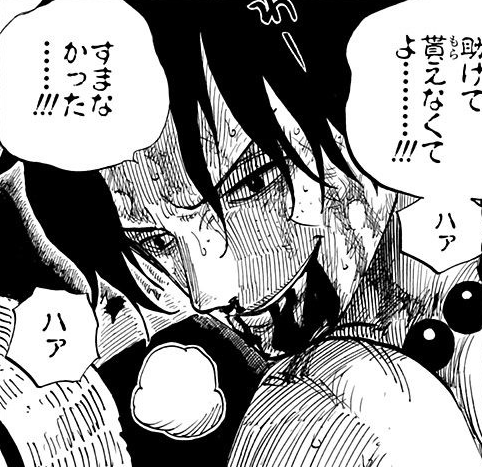 Ace’s chin showing only thin streaks of blood in the anime version. 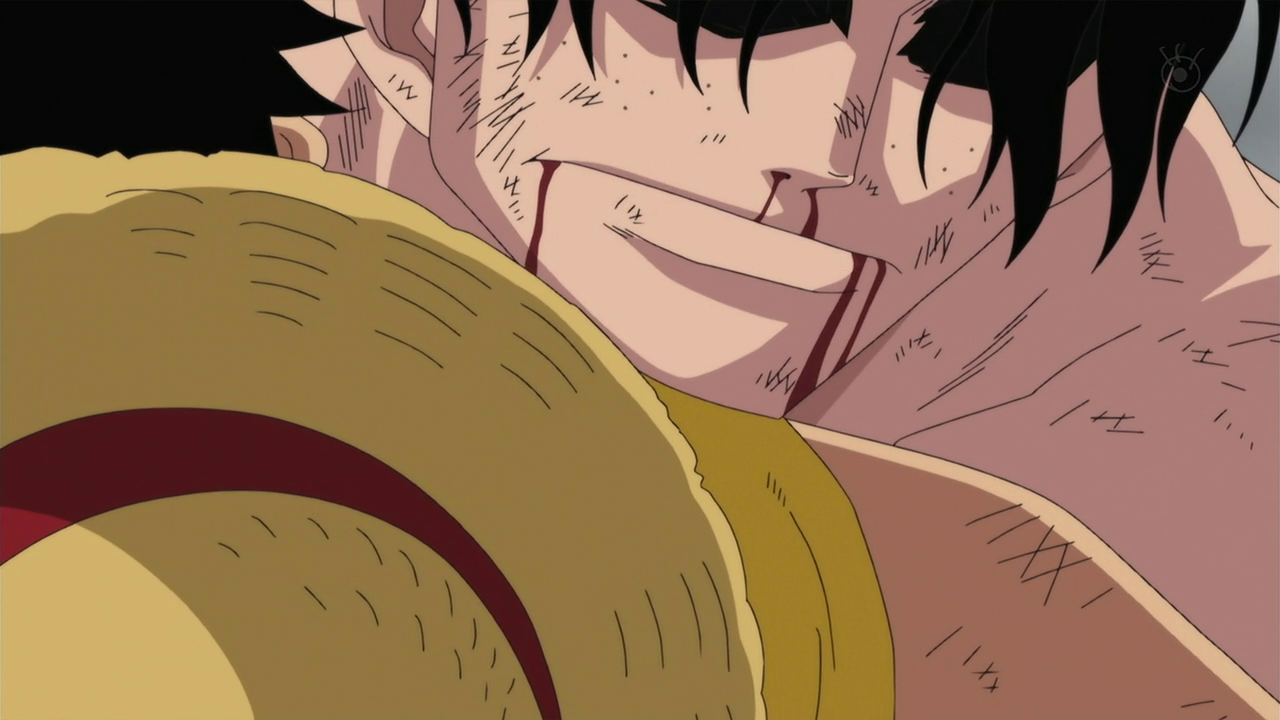 Ace’s death in the manga, which shows more blood and his wound still smoldering. 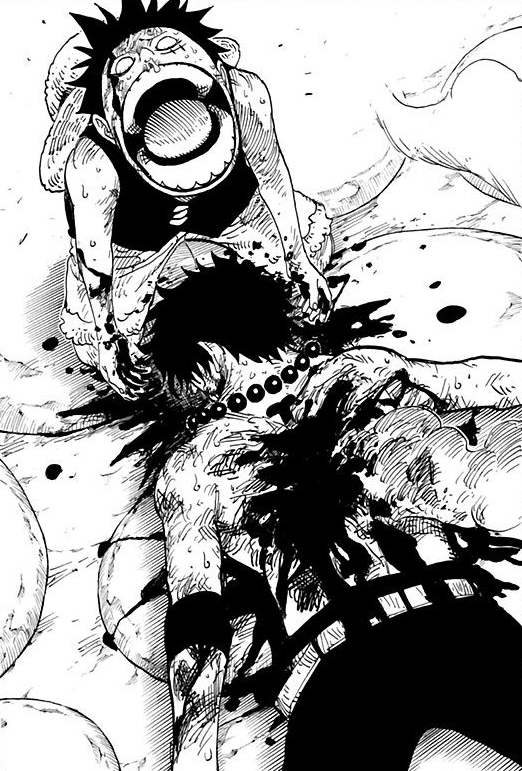 Ace’s death in the anime that hardly shows any blood at all. 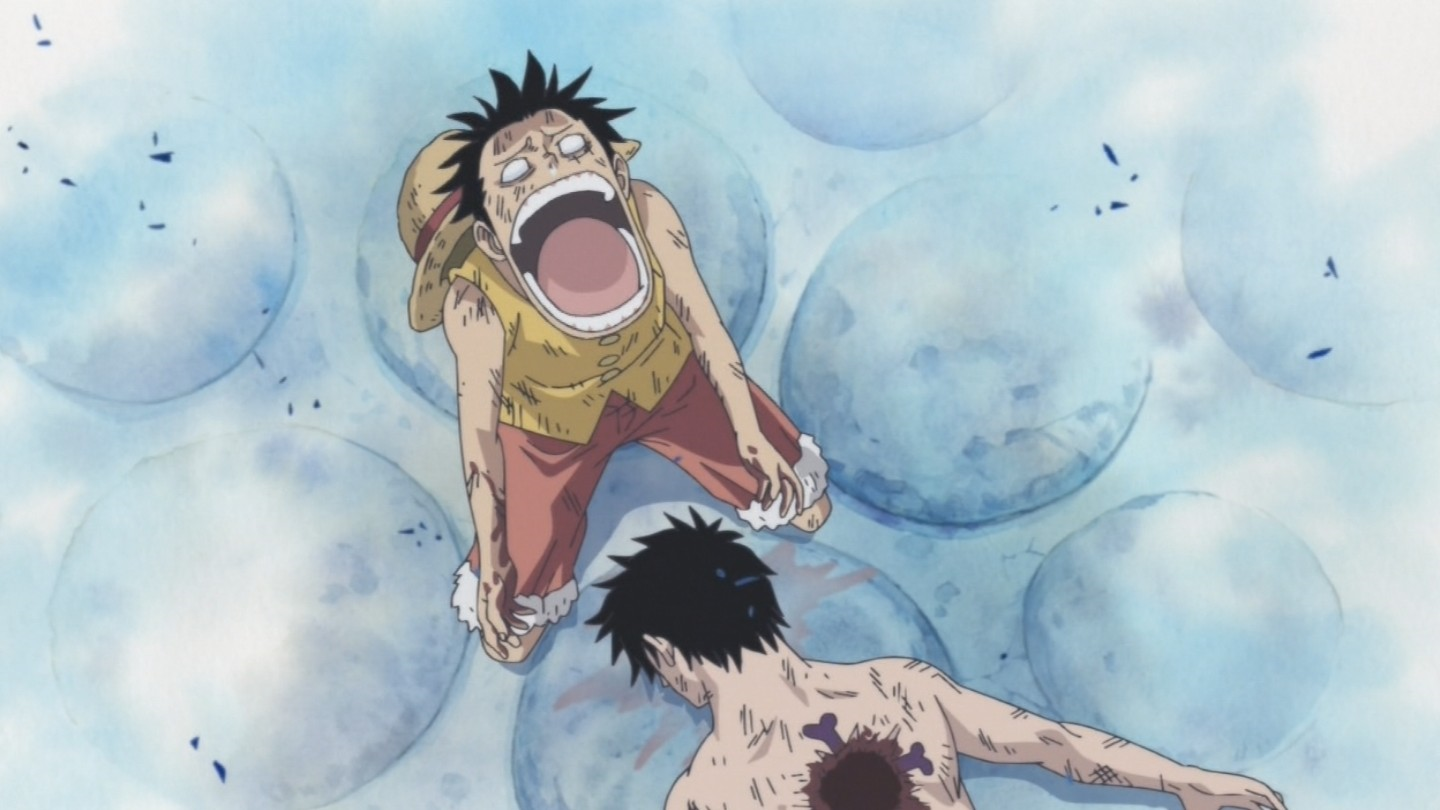 The following episode, however, increases the amount of blood. 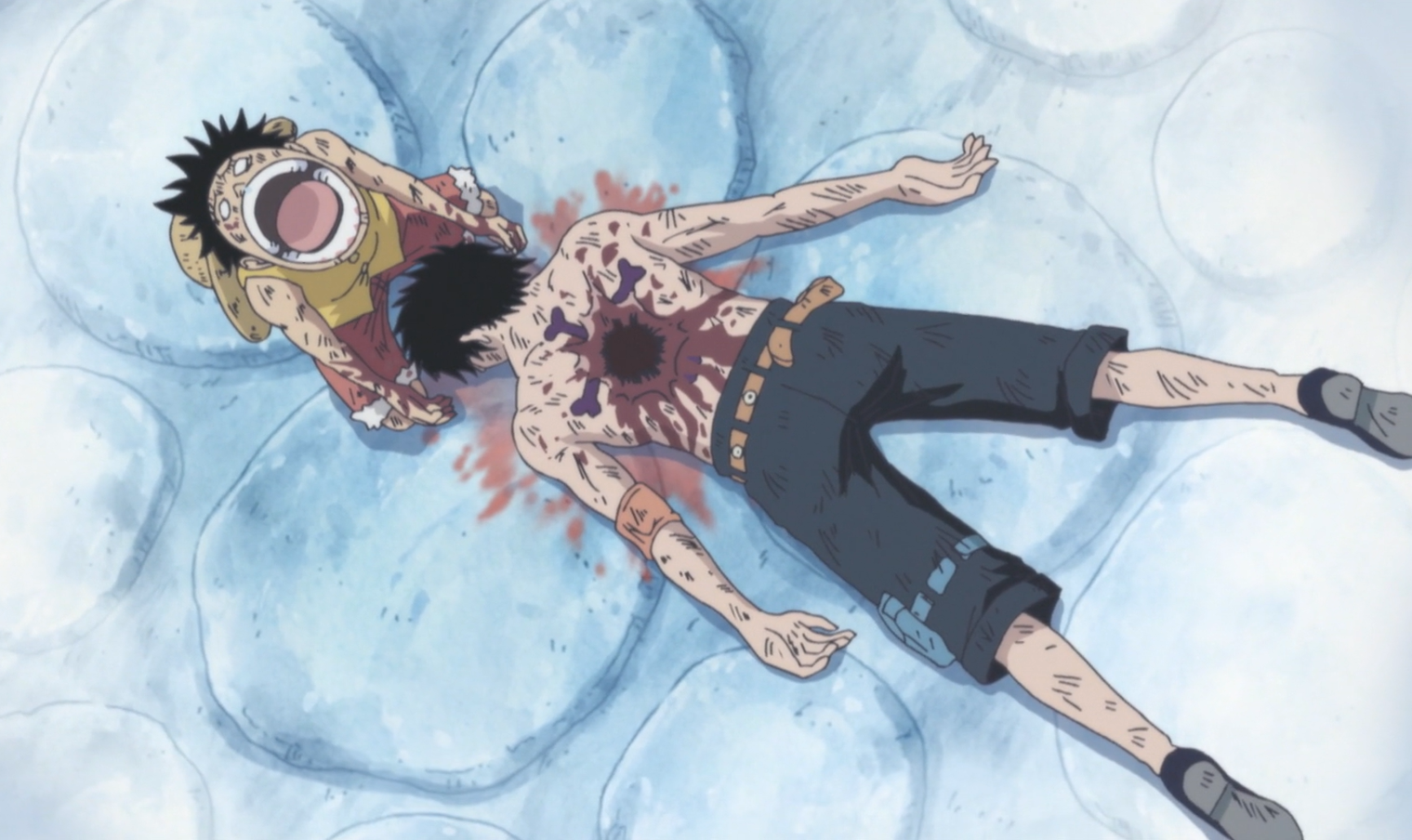 In the anime, Ace’s beaded necklace was destroyed moments before his death. 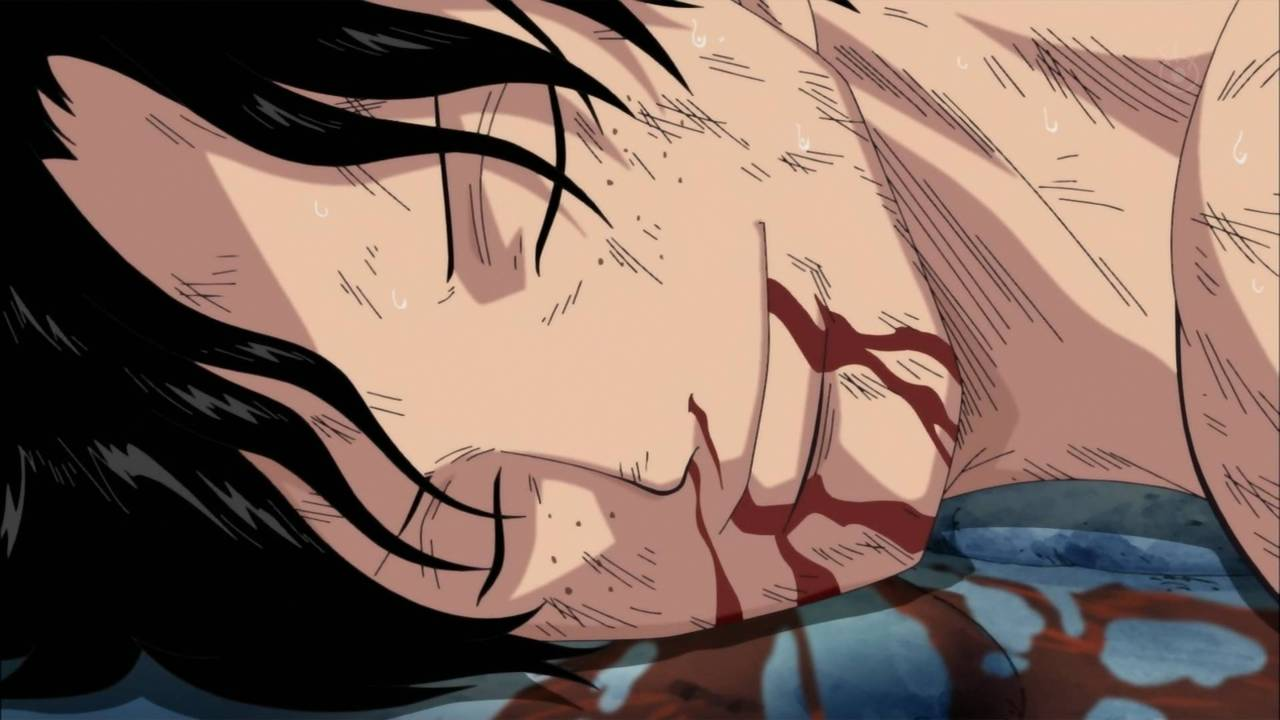 In the manga and the special episode3D2Y, his necklace is still intact. 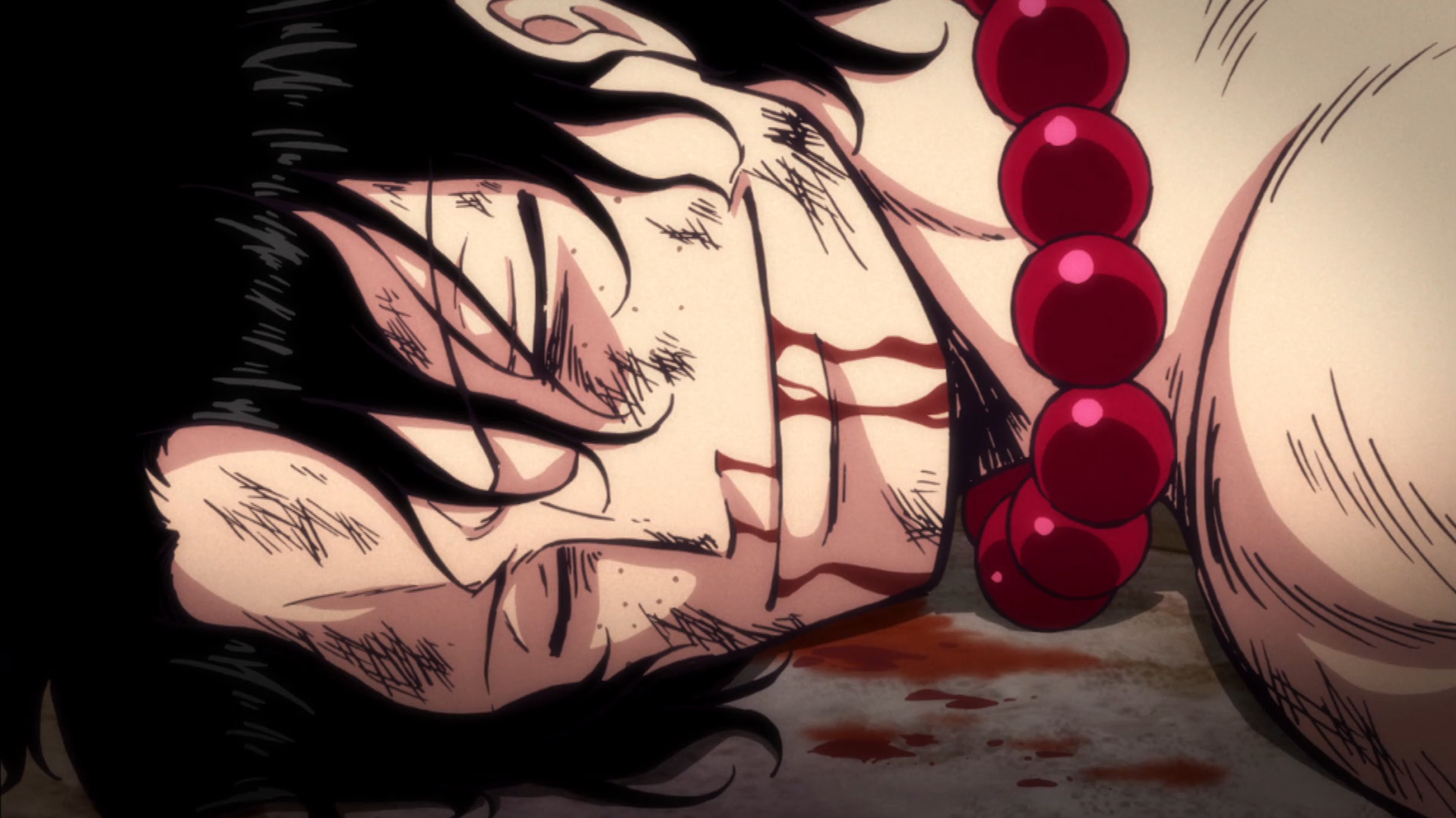 This War is Ours!