Hierarchy of the World Government Another foreshadowing of Oda?

Chapter 124 Page 1. Sanji carrying a suitcase having the words “The Secret” and number 1830 while pointing to a sign board with the name Tsuru, who could be Vice Admiral Tsuru who was stationed at North Blue 13 years ago, where Sanji is born. Could this mean Tsuru know about Sanji’s past and Vinsmoke family? Oh, and the chapter name “This Tea is Really Delicious” 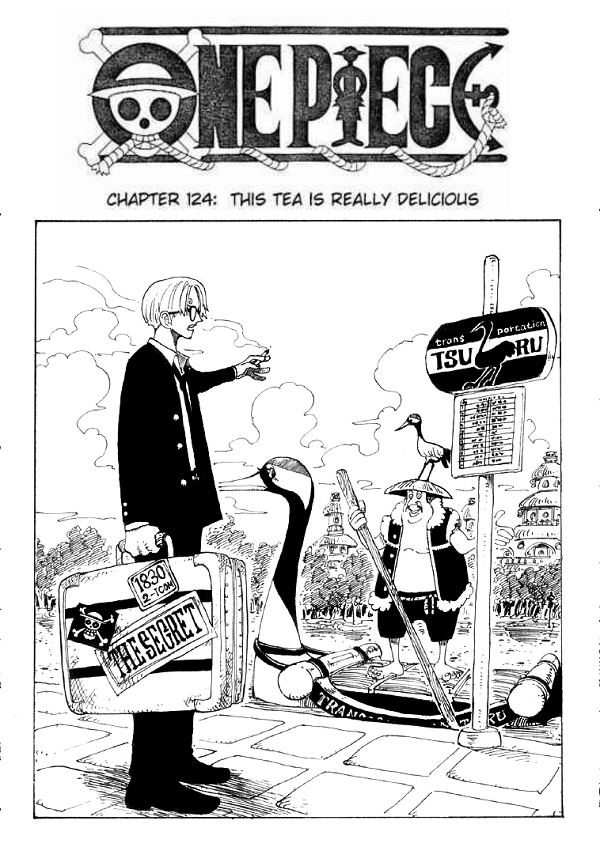 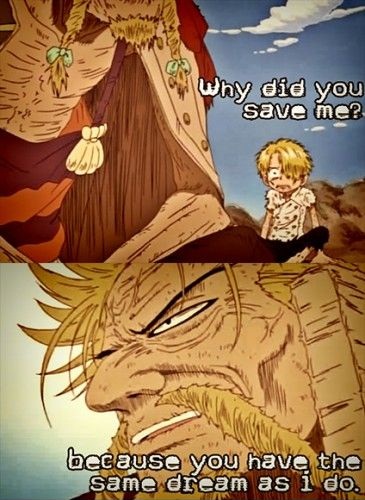 Sanji secretly has a fear that one day he’ll receive a letter stating that Zeff has passed away from old age. He finds the thought of not being able to say a final goodbye to the old man before he died absolutely terrifying and still doesn’t know what he’ll do if that day ever came. 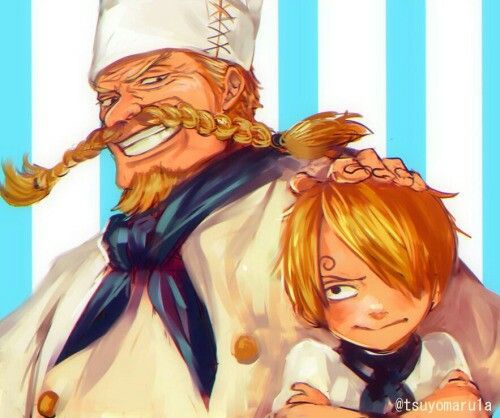 Why is Sanji wanted only alive?

Many people on this board and in the depths of the internet think it could be something related to his past, especially his bloodline.
Perhaps he is a prince, a CD or a son of a Gorosei.
I honestly dont’t believe that his “only alive” poster has something to do with this. There is just to small evidence this could be true.
I do not believe Rocinante survived and had a son who turned out to be a cook on the Odin, or anything related to this.
Of course there is always the possibillity that this could be true. That he is a prince of noble blood. But I just don’t think this could turn out to be true.

In my opinion there is something else. Since Enies Lobby I have a theory about Sanji and Zoro. And since Marinefort I think this theory could actually be true.

So what happened in Enies Lobby?
This! 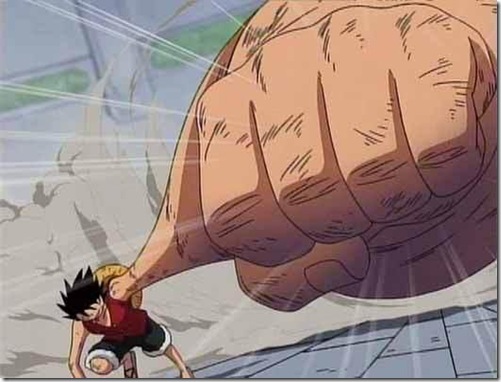 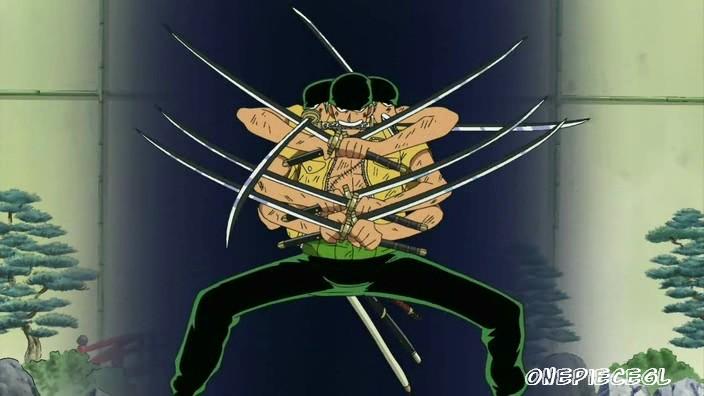 Our M3 developed techniques they just pulled out of nowhere. In the whole series till to their first apperance there were no evidence or related techniques to G2/G3, Ashura and Diable Jambe.

In Luffys case we had the chance, that Lucci explained Luffys new gained abbilities. But what the hell are Ashura and Diable Jambe? Just why can Marimo and our shitty cook use such techniques?

Also I always thought of one particular thing.
The OPverse Oda created has something I always appreciated: the OPverse is a magical world, without magic!

Every single ability in One Piece is explainable. Either with devil fruits, Haki, or Skill.
In the whole world there is not a single case of unexplainable “magic”.
Please keep this in mind as you go on.

So what the hell are Ashura and Diable Jambe?
To clear this, we have to go a looong way

First we start with this:

D: Excuse me!! May I pose a serious question to the typically-vulgar SBS?? In Volume 46, Usopp said that the same power doesn’t exist twice. But this doesn’t make sense with what you said in the Volume 45 SBS… If theGomu Gomu no Mi was in a book of fruits, then Luffy HAD to have eaten at least the SECOND known example of the fruit! Now, most beautiful and intelligent Ei-chan, explain it all! ✩ P.N. Takafi

O: Very sharp of you. But I’m cool. I haven’t made any mistakes. As a hint, let me rephrase what Usopp is saying. “The same powers don’t exist twice AT THE SAME TIME”. How’s that? For more detail, you’ll just have to wait for a certain professor to make his appearance in the story, and explain exactly what the Devil Fruits REALLY are… Eventually.

This is from SBS 48. We can assume, that this certain professor will be Vegapunk himself. He will explain how Devil Fruits are created and work.

So why is this important for this theory?
Now put yourself in the situation of Oda. You thought, that your Manga will end shortly after Alabasta. But you and your Producers did created something extraordinary good. So you keep on going creating new content. You give it more and more story, and more and more background. One of the main, if not the main mystery in your story are the Devil Fruits. It would fit them, if you not just explain them, but connect the mystery of the Devil Fruits with your protagonists
Four of them already have one. But what would happen, if two more of the crew get fruits? And by getting you create more to their story than just eating them.

In Skypea the time was not right. Zoro had to get a slashing technique and Sanji… well… just wanted a little lighter.

Till the Dressrosa arc, both techniques are not explainable. Both are supernatural. But don’t forget, there is not a single supernatural case in One Piece. Everything is explainable.
During the Marinefort Arc I came to the conclusion that Ashura and Diable Jambe are the beginning of two Devil Fruits!
Zoro and Sanji will never eat Devil Fruits, both of them are in the process of creating two brand new Fruits!

So basically my theory to this point is, that Zoro and Sanji are in the process of developing two brand new Devil Fruits.
Something like Hito Hito no Mi: Model Ashura in Zoros Case and something realated with Heat, Rotation or perhaps Passion in Sanjis Case.

Now back to Oda:
As the writer you gave two protagonists a Devil Fruit in progress. But to this point in the story you did not played that card of explaining their abbilities. You professor, who will explain the mystery, is still not part of your story. But now, at 3/4 of your story the right time is coming slowly to explain the big mystery. But not in a ordinary boring, but awesome unpredictable way.

And here comes the second part of my theory.
The WG wants Sanjis Fruit in progress. Many in the fanbase assume, that Sanjis “only alive” status is due to a clear picture the Marines could get of Sanji. I believe his status is due to the actions of Sanji, after the Time Skip.

Their is a huge difference between Sanjis Diable Jambe and Zoros Ashura. After Enies Lobby the Diable Jambe became Sanjis signature move. He used it everywhere. Zoro on the other side pulled Ashura just twice and never again.
So in Enies Lobby only Kaku and Jyabura saw the techniques, no one else. Before the TS there was no marine who saw the Diable Jambe, except Sentomaru, who was not a marine to this moment and the Pacifista, which was barely scratched after the Flambage Muton Shot.
My point is, that the Diable Jambe and Ashura techniques were not confirmed by the WG before the TS. Even the finishing move was Lufffys Gigant Rifle which blow away all evidence of Ashura and Diable Jambe on that Pacifista.

After the TS Sanjis Diable Jambe broke the neck of a Pacifista and was seen by a whole branch of marines in Punk Hazard. The Diable Jambe was confirmed by the Marines and WG, whereas Ashura is still a mystery to everyone except Kaku and Sentomaru.

So why is Sanji wanted “only alive”?

I think there is a possibility, that the WG wants Sanji because they know, that he has a devil fruit in progress. It is possible, that they know, how to transfer abilities in progress to fruits and create new ones.
I even do think, that the national treasure, which Doflamingo knows about, could be a transfer method of Devil Fruits in Progress. (Sad: extracting abilities; Smile: implanting abilities)

This whole thought of me could be the reason why Sanji is wanted alive. If he would die, his ability would die with him.

I don’t know how, but I think that Oda will explain us the creation of Devil Fruits with Sanji and Vegapunk.

I don’t claim that this is the absolute thruth. Of course this theory could turn out to be absolute [email protected]#t. Sanjis only alive wanted poster could be literally anything from noble blood theories or anything else. Oda could even pull a typical Okama CD card, who wants Sanji for himself

I also know, that this therory has quite sone flaws.
But if Oda takes Sanji serious this time, this could turn out to be true.