Hello once again everyone and welcome to yet another short theory for your entertainment. This time I shall be telling you the benefits of being a red head…..there are none……

Originally, I thought this was purely coincidental since Hawkins was there, who most likely calculated that their chances of success against a yonkou is highest when facing Shanks, but the similarities between Kidd and Shanks are too similar to ignore.

For starters, they both have red hair(duh), both has a scar on the left side of their face and both are missing a left arm.

Some of course would think that they are father & son or brothers but Kidd is 23 while Shanks is 39, so the age difference seems a bit too close. I say they are half-brothers.

Due to the high death toll and low life expectancy of woman in OP, I say Kidd and Shanks have the same father but different mothers…brothers from another mother hehehe…..eeeeee…….but if Kidd is Shanks’ brother, that means Kidd is a D.

Kidd is from South Blue which I personally dub, “the sea of the poor”.

Know who else it from South Blue? Ace, Rogue and Jewelry Bonney.

Eustass Kidd is also the opposite of Shanks in personality, but is so similar to Ace and Roger.Roger would kill anyone who insulted his friends, Ace would kill(try to) anyone who said he should be killed for being the son of Roger and Kidd killed anyone who laughed at him.

Eustace Kidd is based of two people: William Kidd and Eustace the Monk.

William Kidd was a pirate hunter who was tried and hanged under accusations of piracy, despite evidence of him just being a privateer, and his exploits being less destructive than any pirate or privateer. Till this day, it is unknown whether he was innocent or not.

Eustace the Monk(born Eustace Busket), also known as the Black Monk, was a pirate who served as a mercenary for England and France. A romance biography was once written about Eustace that gave his qualities that greatly resembled Robin Hood, a heroic outlaw who stole from the rich and gave it to the poor.

According to his biography, he went to Toledo, Spain, and studied black magic there. “No one would believe the marvels he accomplished, nor those which happened to him many times.” He later returned home to become a Benedictine monk at St Samer Abbey near Calais, and then left the monastery to avenge his murdered father. Other evidence, however, suggests that his father’s death occurred soon after 1190. That evidence proves that by 1202, Eustace was the seneschal and bailiff of the count of Boulogne, Renaud de Dammartin, and that in c. 1204, the two quarrelled and, accused of mishandling his stewardship, Eustace fled and was declared an outlaw. Renaud confiscated his lands and fields; Eustace burned two mills in retaliation.

All this talk about royalty sounds suspicious, especially since Kidd gave his opinion on the state of the world and the tenryubitto.

Those ties in well with my Pizarro theory if its true.

If Kidd’s backstory is similar to William Kidd and Eustace the Monk, then Kidd was done wrong by many people which could be the reason why Kidd has such a temper, doesn’t like relying in anyone and would kill anyone that laughed at him.

Could Shanks be one of the people who did Kidd wrong? Could Shanks have, like Luffy, inspired Kidd to be a pirate? I find these quite peculiar……

In the Tale of Sun Wukong, Kidd represents Red Boy, a character who refused all relation to Sun Wukong (Luffy)and fought him to the death. Sun Wukong fought Red Boy in order to retrieve his master Xuanzang(Shanks).

Everything points to Luffy vs Kidd; two men inspired by Red Hair Shanks; two men who inspire to become the pirate king; one who was wronged and the other who was done no wrong.

Gender-swapped versions of The Worst Generation

D: I’ve been wondering for ages—would you draw gender-swapped versions of The Worst Generation for us? In face, please do!!! P.N. Momokichi

O: I got so many requests for this. I mean, I’ll do it, but it’s creepy, okay? I haven’t shown Blackbeard since the timeskip yet, so he’s not included. That’s all for the SBS. See you next volume! 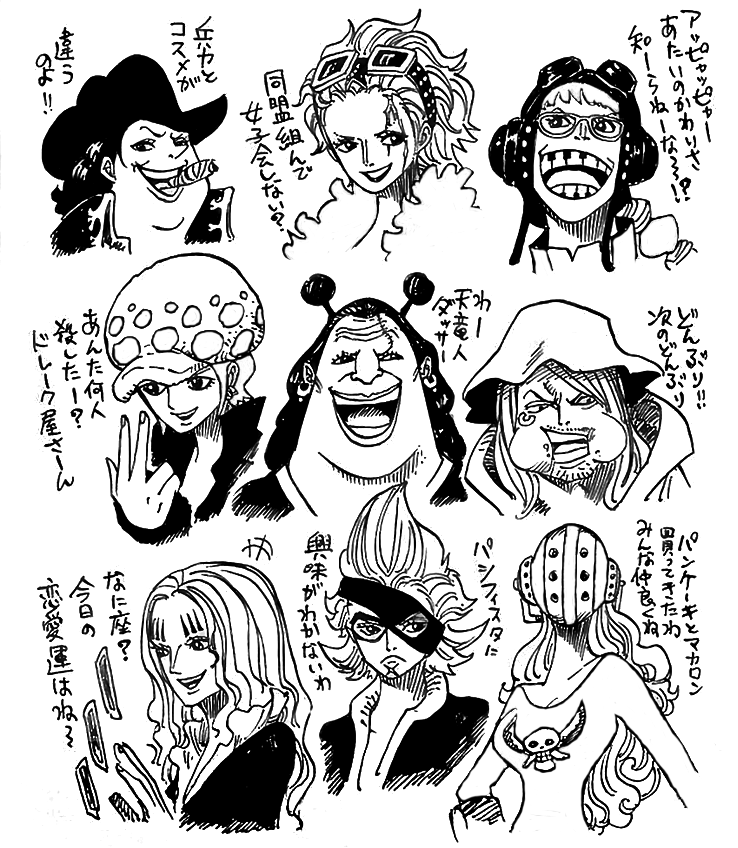 Blonde guys in One Piece: which is your favorite? :-) 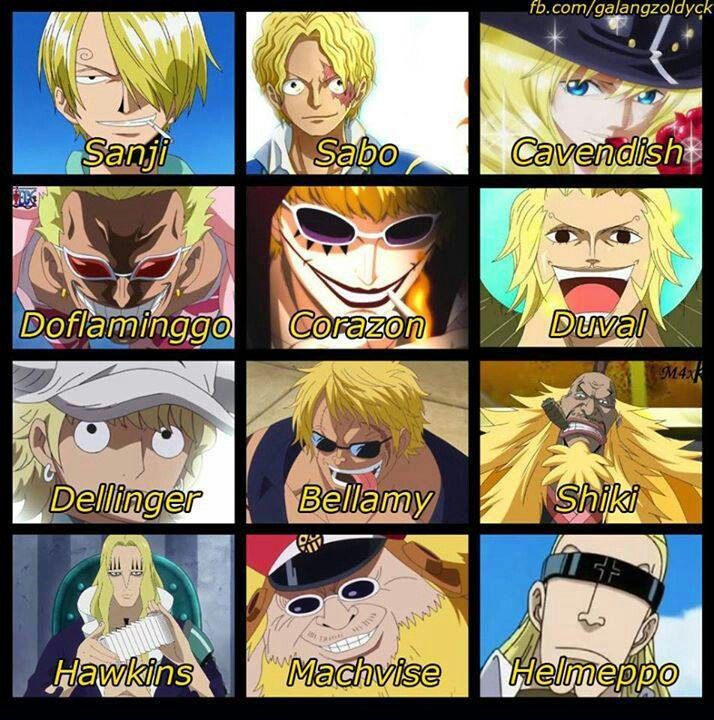