Basically, the ship’s design is based on both Monkey D. Luffy and the Straw Hat Pirates’ former flag ship, the Going Merry. On the ship’s deck is a large pedestal with a glass dome holding a piece of Luffy’s Vivre Card. In Bartolomeo’s room, the Straw Hats’ wanted posters (with updated images from after the timeskip), as well as a few of their signatures, are framed and put on display. 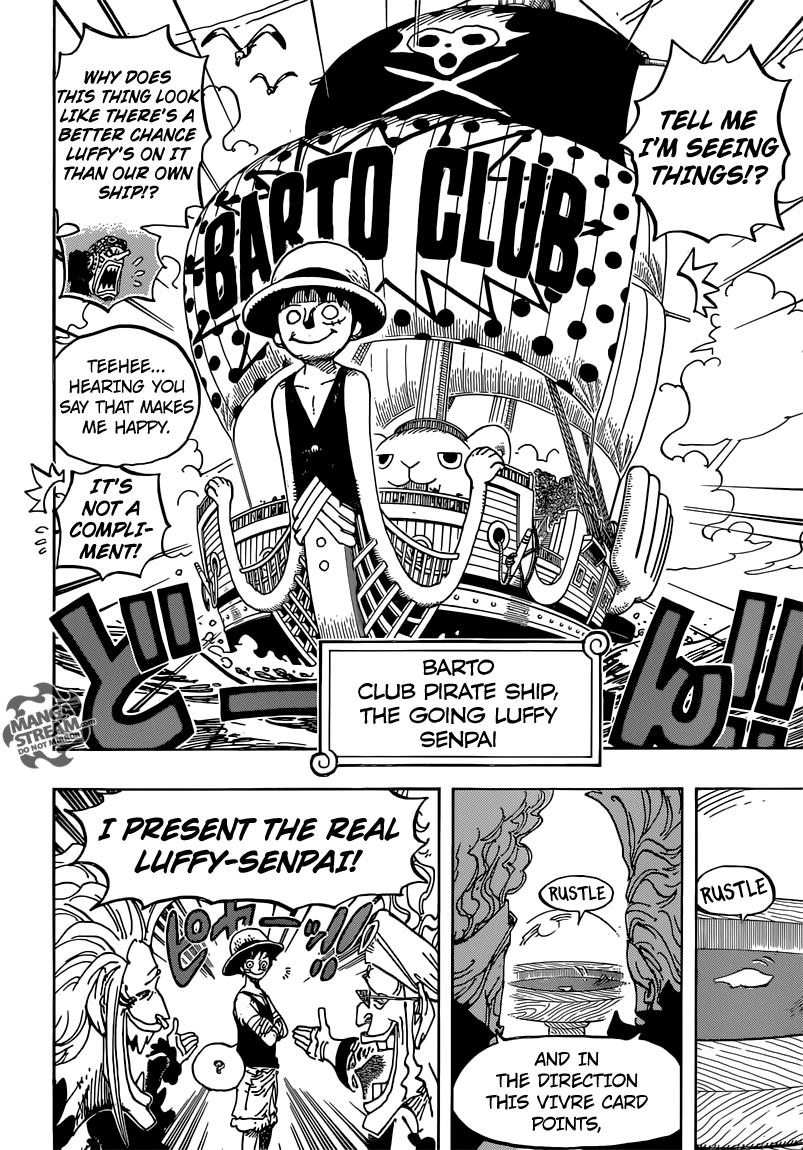