Do You Remember This Scene? 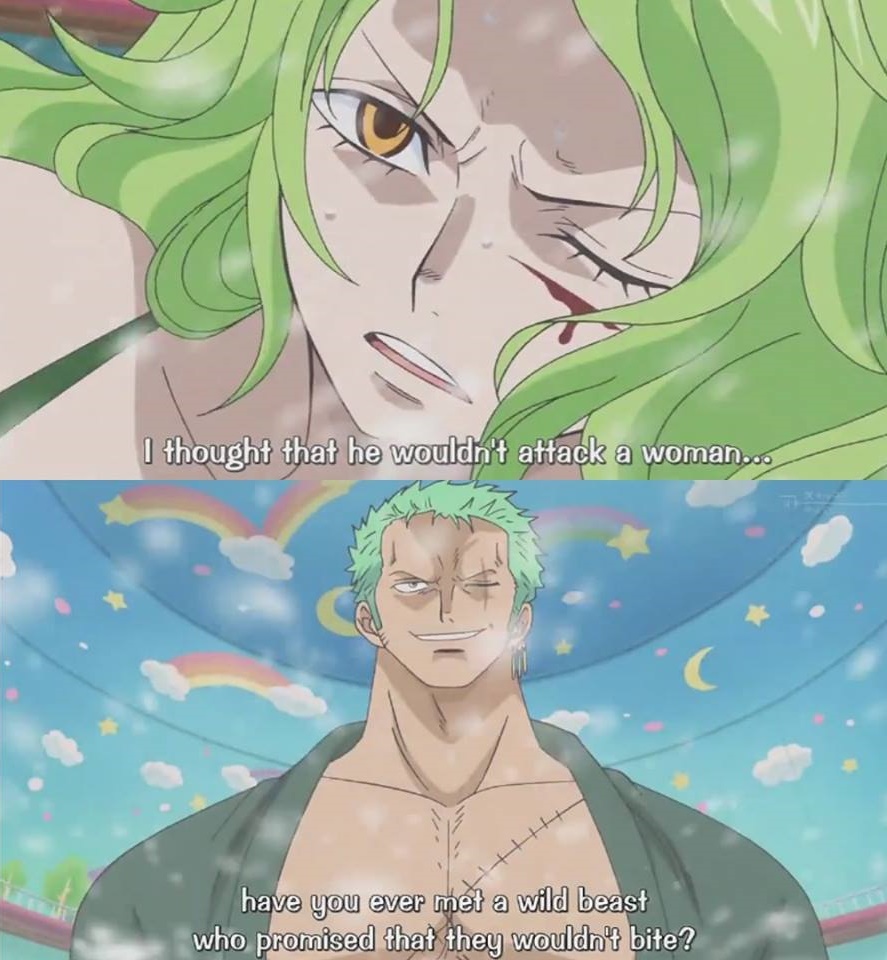 Law And The Voice Of All Things

After last chapters, many people in OP community started speculating that the fact Momonosuke is hearing a voice makes him somewhat related to the ability of hearing Voice of All Things!

Most likely, the main hint is this panel, that may be a reference to Roger, the one we know for sure that had this ability:

Actually, way ago (December 21, 2015), I’ve done a theory video in my channel exposing my ideas that Inuarashi and Nekomamushi knew Gol D. Roger, that we would have a Poneglyph in Zou and that most likely Roger was able to “hear” it.

Seems like, maybe, some of my ideas can be proven right in the near future. If not, well, by the time it was a good theory xD, haha.

Anyway, one think that REALLY caught my attention and people aren’t commenting is Law’s expression while climbing the tree.

Why is he so uneasy? So unconfortable? And why did Oda (which clearly is trying to faster the story’s pace) make sure he showed Law’s expression to us?

Also, inside the tree, while everybody’s freaking out with Raizou, Law is still uneasy. It can be due to the awkward situation, but maybe not. Also, we can’t asure he’s looking at Raizo instead of the Poneglyph, which is supposed to be from where the “voice” comes

Anyway, if Law can “hear” the the Voice of All Things too, it open possibilities:

So…. does it means that this ability is related to the D clan?
Anyway, Luffy never heard a Poneglyph (although he seems to have the ability to hear the Voice of All Things). Is this ability something that you awaken somehow or train, something like that?

Second interesting topic: does this mean that Momonosuke (and the rest of the Kougetsu/Kouzuki family) is a D???

Well… guess we’ll learn a little more about it all by the chapter that’s coming tomorrow. 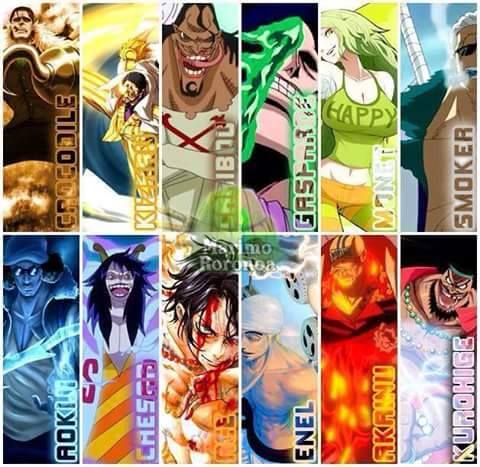 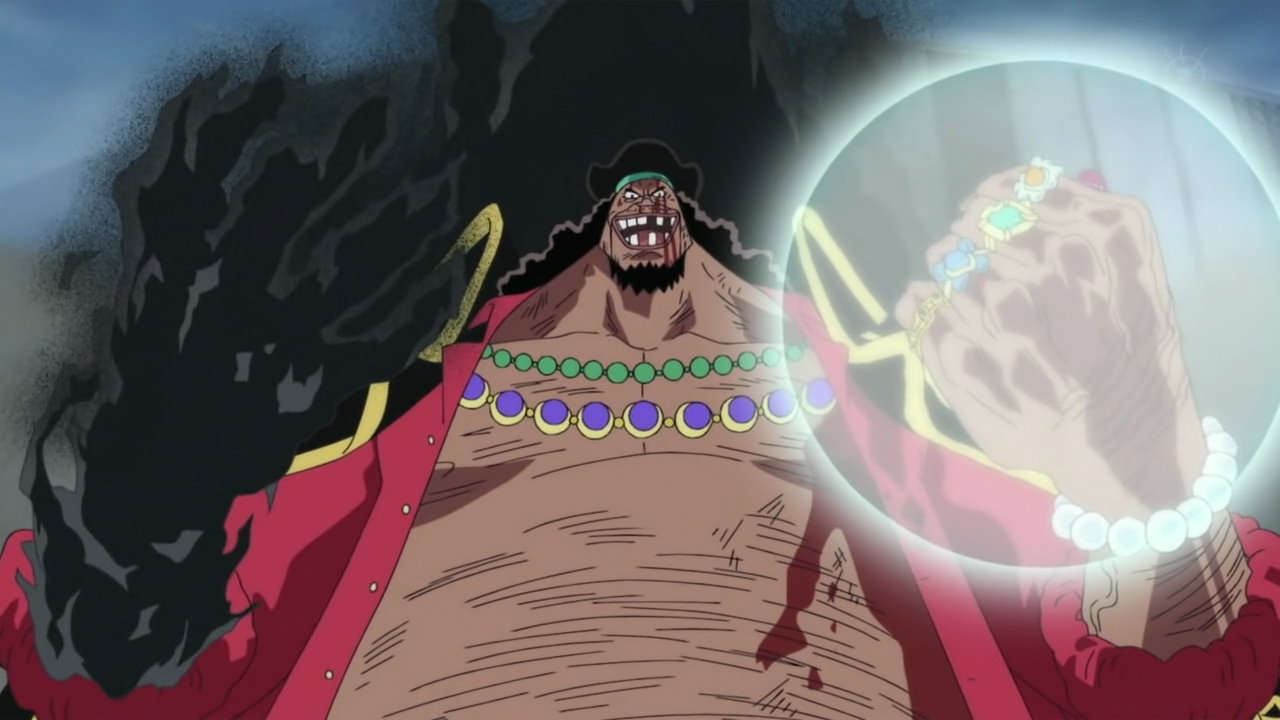 1.Myth: Blackbeard has a parasitic twin in his belly.

Fact: The reason Marco mentioned an “unusual body type” when speculating how Blackbeard was able to handle two Devil Fruits has yet to be explained.

2.Myth: A person can control only one Devil Fruit of each type, but are not limited to the number.

Fact: It was not clearly explained by Blueno when he said one’s body would destroy itself when one consumes two Devil Fruits. Due to the reactions of the pirates and Marines to Blackbeard’s power usage, this has been proven to be untrue.

3.Myth: Blackbeard will eventually consume a third Devil Fruit of the Zoan type since there are three types of fruits and three skulls on his flag.

Fact: While Blackbeard’s body allows him to control two Devil Fruits, the possibility of him controlling a third has yet to be confirmed since we do not even know why he can control two. It is stated that his crew is now tracking down powerful Devil Fruit users and stealing their abilities, but exactly how the stolen Devil Fruits are used is unrevealed.

4.Myth: Blackbeard has eaten the “Mythical Zoan Type: Cerberus” Devil Fruit, and because a Cerberus is a dog with three heads he’s able to consume two more Devil Fruits. The Cerberus also explains the three skulls in Blackbeard’s jolly roger, why Blackbeard carries three pistols, also how Shanks’ scar, which was given to him by Blackbeard, has three scratches on it, and why Zoro and Luffy referred to Blackbeard as “they” instead of “he” during the Jaya Arc.

Fact: First of all a fruit with such name has never been confirmed or even mentioned, second the reason Blackbeard has three skulls on his jolly roger has never been explained or given any significance, and third Oda has never confirmed any of the “evidence” given in this. Also, the fact Zoro and Luffy referred to him as “they” was that they most likely guessed Blackbeard and the other strange people they had seen were together. It is highly unlikely either Zoro or Luffy could have realized Blackbeard had such an ability, given that he shows no outward signs of any powers, like any other Devil Fruit user. And the reason of Shank’s scar having three scratches was most likely because of Blackbeard’s old weapon was similar to Kuro’s Cat Claws but only with three spike-like blades.