Watching OP anime episode 740, I remembered that Jesus Burgess jumps around (this guy doesn’t know how to walk) with some sort of devil fruit bag, or maybe just an ordinary bag but with some pattern reference to devil fruits. Kind of obvious but this is probably where he stores his stolen devil fruits. 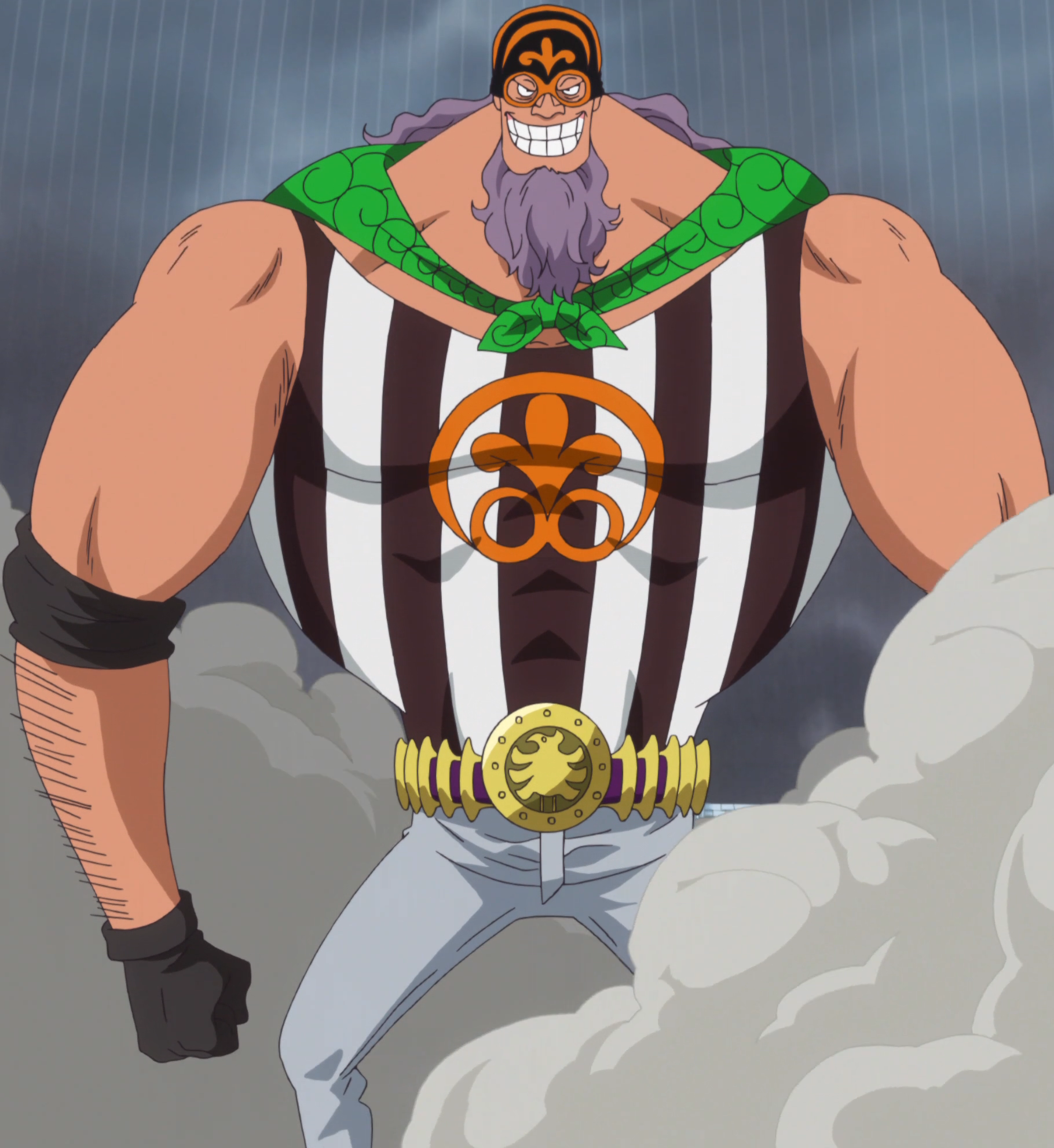 It is no secret that the Blackbeard pirates are on a mission to gather devil fruits, thus why Burgess was even on Dressrosa in the first place – in order to gain the Mera Mera no Mi; and Blackbeard himself has shown knowledge of how to steal a devil fruit when he did the unthinkable and murdered a nakama when serving under Whitebeard all those years ago.
Now it hasn’t been confirmed whether Blackbeard had to kill in order to gain the fruit, but this seems the most likely scenario. Devil fruits reappear from a nearby fruit when the current user dies, as we discovered on Punk Hazard or wherever the hell we discovered this. 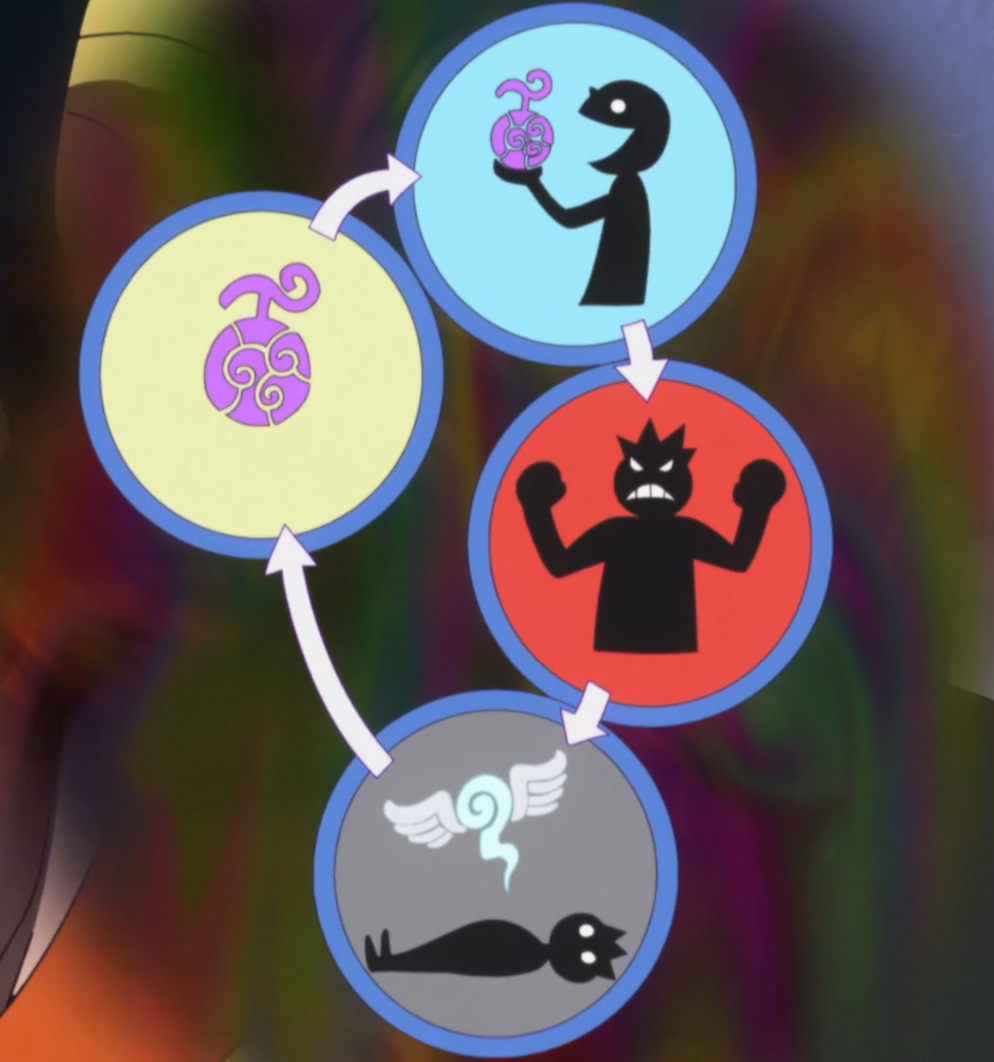 This is probably why Burgess had his knife out when trying to kill Luffy in one quick action, and this isn’t the first time we’ve seen this referenced with Blackbeard associates.

Now this is where the bag comes into play. That bag that we see again in the above photo is most probably full of normal fruit, maybe apples (i believe), although I wouldn’t be surprised if it was a mix or maybe even cherries as a reference to Blackbeard himself (he loves cherry pies). I believe it’s full of apples, so that as soon as a devil fruit using target is neutralised, their fruit will reappear into the nearest fruit which would obviously be in the bag. We saw this in punk hazard.

Fairly straightforward. In order to steal devil fruits, Blackbeard Pirates galavant (in Burgess’ case, hunt) with a bag full of apples/some other fruit in order to capture devil fruits. This sparked something that I didn’t notice before… Doc Q was doing the same thing way before the timeskip, as he offered Luffy an apple and said he was ‘lucky’ because he chose a fruit that didn’t make him explode. 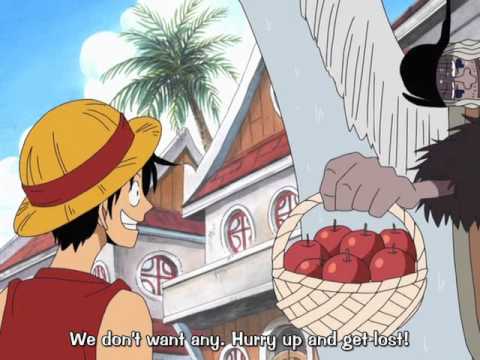 Why else would Doc Q, a member of the Blackbeard Pirates randomly have a basket full of apples? This may be his own tactic of stealing devil fruits as opposed to Burgess’ more animalistic manor. Anywho… What happens when a devil fruit user consumes another devil fruit? Yes, he/she explodes, and I think that is what Doc Q was referring to when he said Luffy was lucky not to explode.

Pretty simples, BB pirates have different methods of killing devil fruit users in order to steal their fruits via having a multitude of apples/other fruit in a nearby bag or basket. Anyway like I said I’m not sure if anyone noticed these Doc Q or Burgess details before so I thought I’d just leave this here.