This is a simple theory quickie.

Kaidou is called “The Worlds Strongest Creature” so we can assume that he isn’t human. The are many races in the OP world but the race I think Kaidou belongs to are the minkmen just like Bepo the bear and Pekoms the lion.

What kind of talking animal you say? A Monkey. Yes people. Kaidou is a monkey minkman and for good reason.

So far, we only have these silhouttes of Kaidou.

From these, you can tell Kaidou has a long/big/pointy nose. There are actually monkeys with big noses. 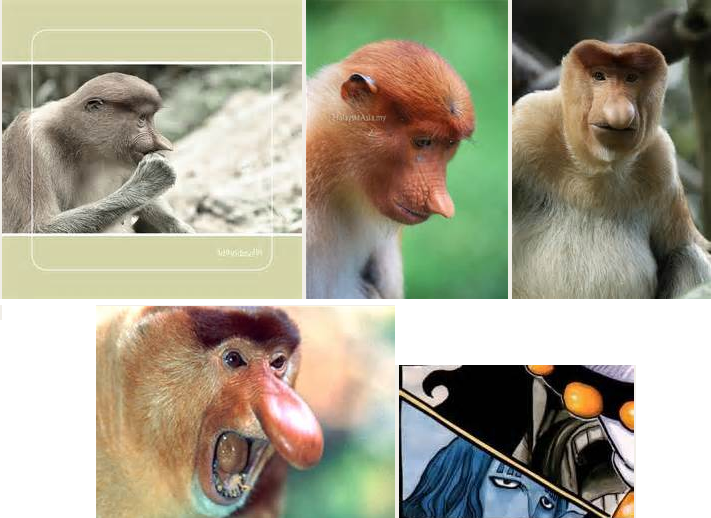 Know all those theories of Kaidou being based off Napoleon and being short? Well monkeys are short.

Many theories have claimed that Kaidou is Chinese and that supports my claim of Kaidou’s appearance as monkeys are very important animals in Chinese culture and mythology. In one of my latest theories, I said Chinese monkey statues are used to ward of demons and Luffy’s alliance resemble a “Night Parade of a Hundred Demons.”

Did you guys know that Monkey D. Luffy’s personality is based off Sun Wukong the monkey king in Chinese Buddhism? Sun Wukong was known as a troublemaker and he beat a dragon and Kaidou is a dragon zoan. It is common for OP villains to be meet with great irony and Kaidou, a real monkey, being beaten by Luffy is very ironic and symbolic.

Lastly, Kaidou is the ONLY yonkou whom we have not seen AND got hype. With the other yonko, we’ve seen them and we know how menacing they are based on their presence/appearance. With Kaidou, his hype is strengthened through the words of others. With this, I can say Kaidou will look RIDICULOUS. A good contrast to the other menacing looking yonkou. Just imaging a monkey-dragon hybrid. Kaku 2.0.