Power Levels in One Piece(Fan-made). Do You Agree?

Zoro’s past was expanded upon in the anime. Zoro was a traveler who went around defeating dojos for their signs. However, there was one person Zoro could not beat – the sensei’s daughter, Kuina. In the anime she is the reason he joins her father’s dojo in the first place. Kuina’s father made a deal that if he could defeat her Zoro would take the sign. If not, Zoro would have to train under him. When given the opportunity to use as many swords as he wanted, he grabbed as many as he could carry and faced off against Kuina. He lost and was told he had to start with one sword before he could use more. As per the consequences of his loss, he trained at the dojo as promised.

In the manga, Zoro enters to see her dead body, eyes covered and surrounded by the students and accuses her of running away, in the anime no such scene is shown, but a funeral takes place for her instead, though later on “Ocean Dream” arc in the anime, the original manga scene is shown in a flashback.

His story is extended also in the anime by showing the time he first met and befriended Johnny and Yosaku. They cash in when Zoro takes out a large bounty and, given they pay his tab at the bar he was at for his food, can keep the rest of the money for themselves as an apology for taking their ‘head’. Later,Dick appears in the town with his horde of bandits, who proceed to loot the town. Johnny and Yosaku watch as a child tries to stop the thief to no avail. Johnny convinces Yosaku that they must stop him, to which Yosaku reluctantly agrees. The two are no match for Dick, but luckily Zoro comes to claim the bounty on Dick’s head to pay for a Katana that he broke. After a complete victory by Zoro, Johnny and Yosaku look up to Zoro and start to call him “Aniki”.

His adventure in Shikkearu Kingdom is also extended in the anime.

Not only did Perona refuse to give Zoro his swords back, but she also tried to turn Zoro into her servant by using her Devil Fruit powers. She got as far as managing to dress Zoro like her former subordinate, Kumashi, while he had passed out before he woke up and left the room in search of his swords. In the anime, Zoro’s training will begin by defeating the leader of the humandrills who copied the swordsmanship of Mihawk.

In most fillers, his lack of direction is further ridiculed as he has gone in the wrong direction even though his guide was still pointing in the correct way, and even turning to the right on a straight path.

Also, ever since episode 111, Zoro has been called marimo (moss-head in the dub) by Sanji in reference to his oddly colored green hair.

What is this extremely curious X shaped wristband that Doflamingo, Mihawk and Blueno are sometimes wearing?

Would it be the symbol of a secret organization we haven’t heard about yet?

Which Team Do You Pick?

As everyone knows, Rayleigh is known as “Dark King” and it hasn’t been revealed how he was called, “Dark King” but people have their theories and ideas. Now I believe since the Right Hand man of the former Pirate King is called, “Dark King” Zoro will have a name similar to that, “Heavenly King” Zoro. Now you may disagree and say, no, Zoro already has a nickname, “Pirate Hunter” Zoro!

Well right now Zoro isn’t really hunting Pirates at the moment, maybe he will go back to hunting pirates when his journey is over and he will reside somewhere in the Grandline (Like Silver Rayleigh) but that is for another theory!

So in the Skypiea ARC, Zoro Vs. Braham was a simple fight for Zoro to try out new fighting moves. As I RE-watched/RE-read the fight I noticed something, very… foreshadowing/wow kind of thing! 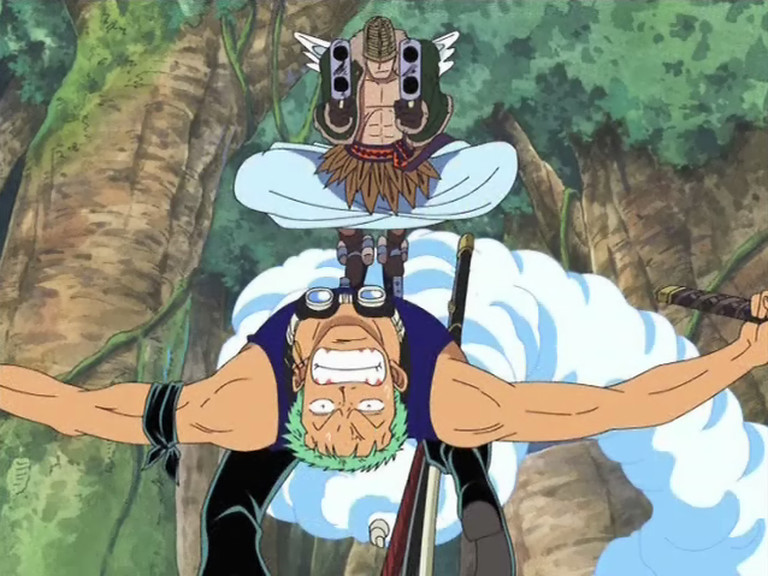 In this fight, Braaham was using light against Zoro! This was extremely hard for Zoro to fight, the light was his real enemy! It was so hard for him to fight, he used goggles to fight against the light! 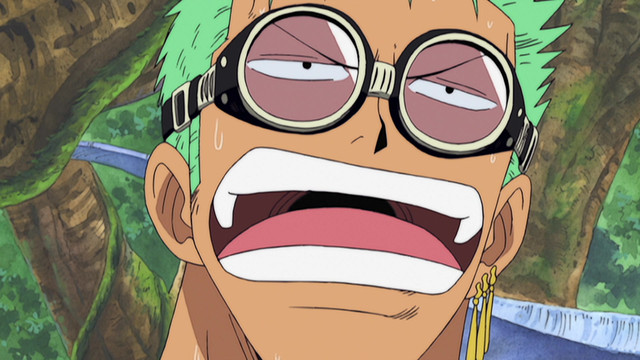 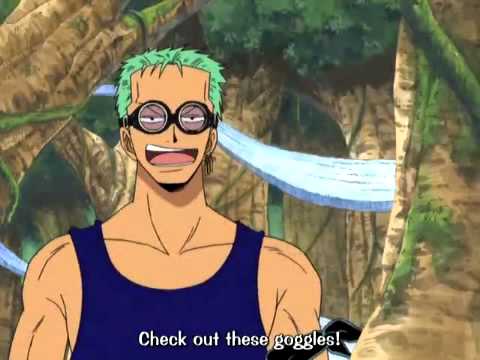 Okay so let me go over this: Zoro was having a hard time fighting against Barham, who used light to fight!

Now before I go any further, there is a lot of theories/ideas on how Zoro will become the worlds greatest swordsmen. He will either defeat Mihak, defeat Vista, or defeat Rayleigh, etc. Now the person I will bring up, many of you will disagree but hear me out.

The person that Zoro will fight in order to become the Worlds Greatest Swordsmen, is…… 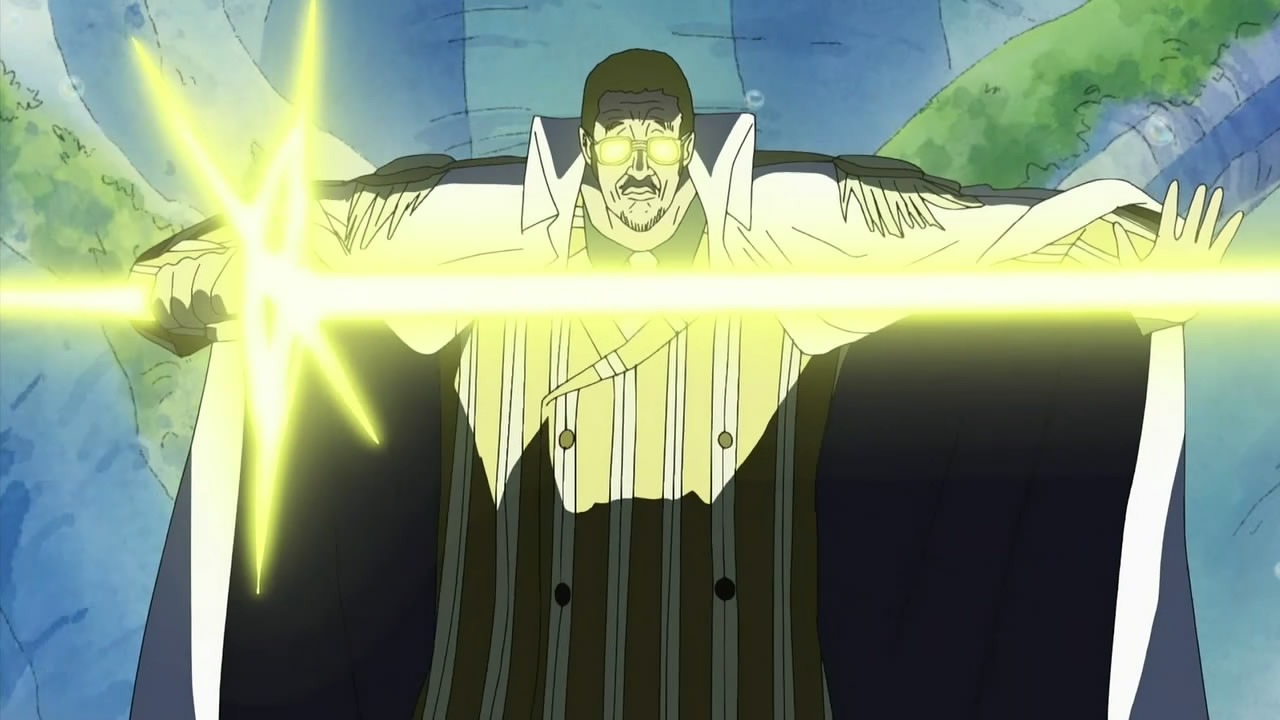 Now I’ve done some research on Kizaru a long time ago, but to sum up the search, Kizaru sword: Gathering Clouds Of Heaven is based off of a real sword that was referenced in a (Japanese Mythology) story that nobody knows if its a fact or myth, the, Gathering Clouds Of Heaven is a sword for those who are true warriors, it is a sword that can be found in the belly of a beast. In order to achieve this sword, defeat the beast, which thus proves you are a true warrior and your rewarded is a sword in the beast of a belly! 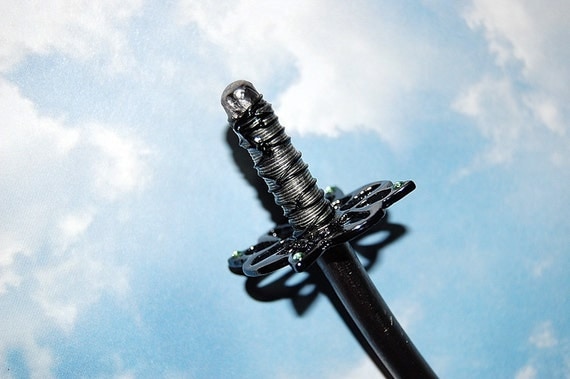 Now you may ask, why is Kizaru the one to decide the Worlds greatest Swordsmen? What importance does Kizaru have?
OKAY well besides Kizaru Sword being based off of a sword in Japanese Mythology (Which I will bring up later)
We don’t know anything about Kizaru. That is the key thing here in my theory. He is being assisted by Dr. Vegapunk, Kizaru (And this is going off of speculation) may have joined the Marines way earlier before Akainu and Aokiji. Kizaru is a huge mystery thus his importance is a mystery!

Now one last thing! Zoro said in Skypiea, he never prayed to God. Kizaru’s Devil Fruit powers names are related to God, Heaven, etc. Not only that, but Zoro now has Observation Haki and Armament Haki, 2 things you need to defeat Kizaru, and I think we can all agree, Zoro is not a person who wants to admit defeat, but because of that, Zoro is also someone who, “Can cut anything in this world” (From what he said in Alabasta_ but yet he was unable to cut Kizaru, light. 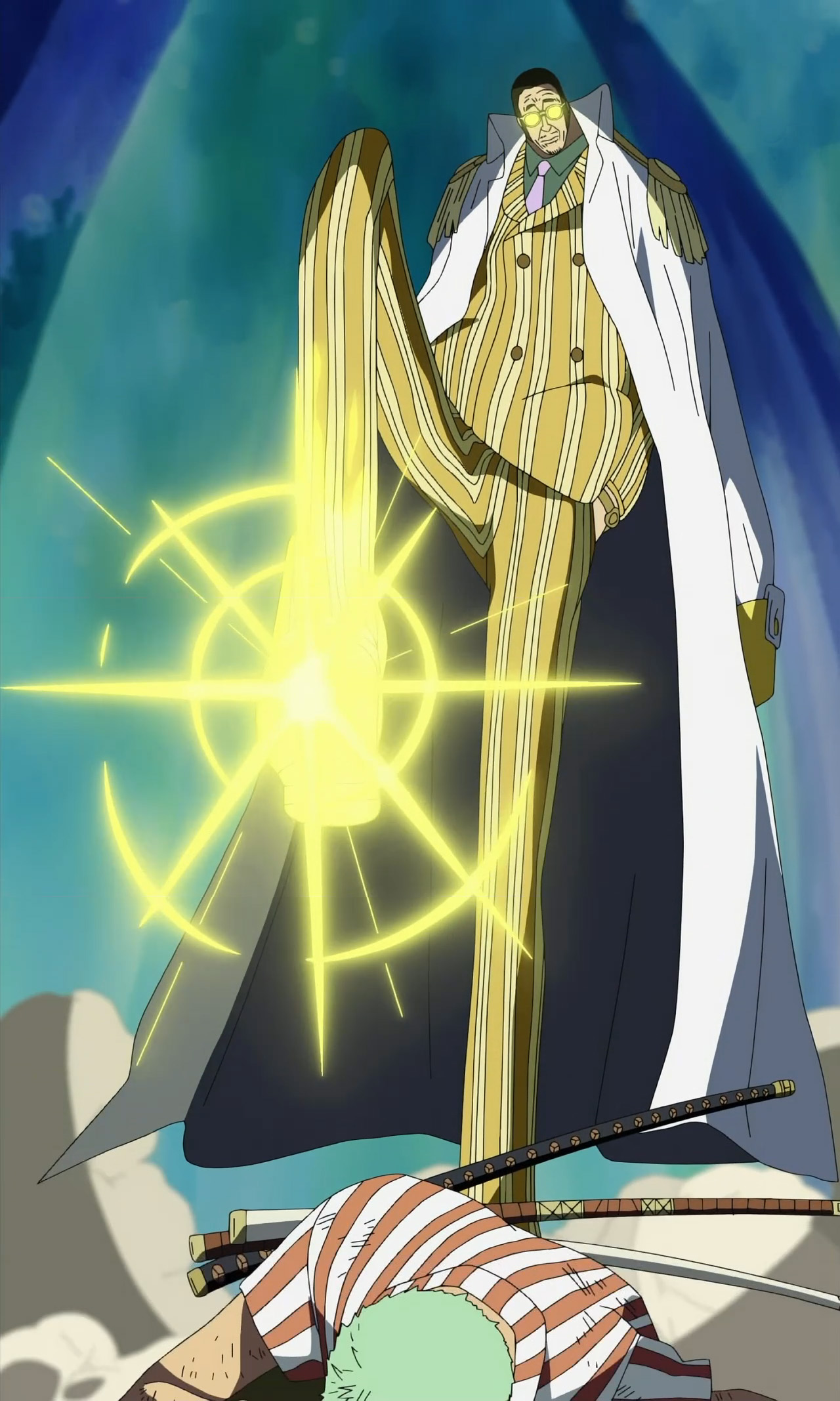 Final: Kizaru’s Devil Fruit powers are related to God, Heaven, etc. his sword, Gathering Clouds Of Heaven, is based off of a sword that is inside the belly of a beast! As many have speculated Zoro will cut down a beast, I believe this beast is Kizaru, and his rewarded will be the title of Worlds Greatest Swords Men! In Skypiea Zoro Vs. Barham was something Oda showed us to tell us Zoro biggest enemy is light!

Before I go, I just thought of this while typing my conclusion. Anybody else remember when Mihawk picked up his sword and Kizaru looked at Mihawk in aw!? Kizaru looking at Mihawk.. Hmmm!?

Which is the best battle of Zoro in your opinion?