The Ninja-Pirate-Mink-Samurai Alliance is a pirate alliance originally formed between the Straw Hat Pirates and the Heart Pirates with the goal of taking down Kaido of the Yonko.

However, Law’s real goal was to take down Donquixote Doflamingo of the Shichibukai in order to avenge the death of his friend, Donquixote Rosinante; he intended to end the alliance when Doflamingo broke their agreement and die taking Doflamingo down if necessary. However, Luffy refused to allow the alliance to end, and their goal is now actually Kaido, who will be targeting them due to their involvement in Doflamingo’s downfall.

When the two crews arrived on Zou, the alliance grew to include the Kozuki Family of Wano Country, led by its young heir Kozuki Momonosuke, and the Mink Tribe, whose leaders Inuarashi and Nekomamushi were servants to the Kozuki Family.
The minks are all born warriors with the ability to produce electric shocks known as Electro.

The Mink Tribe’s warriors fought on par for five days with Kaido’s right hand man Jack and his subordinates, and managed to gain the upper hand, only losing when Jack used the gas Koro. The minks also possess another unknown special ability referred to has their “true power”. The three samurai retainers of the Kozuki Family are all trained in combat, with Kin’emon and Kanjuro being swordsmen and Raizo using ninjutsu. Kin’emon and Kanjuro also have Devil Fruit powers. Their leader Momonosuke, though young and inexperienced, possesses an Artificial Devil Fruit power as well as the ability to communicate with the enormous elephant Zunisha, who is powerful enough to wipe out entire fleets of ships with a single attack. 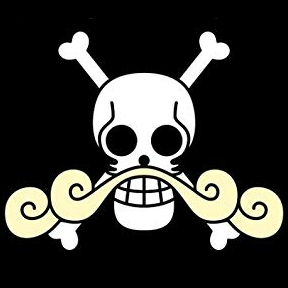