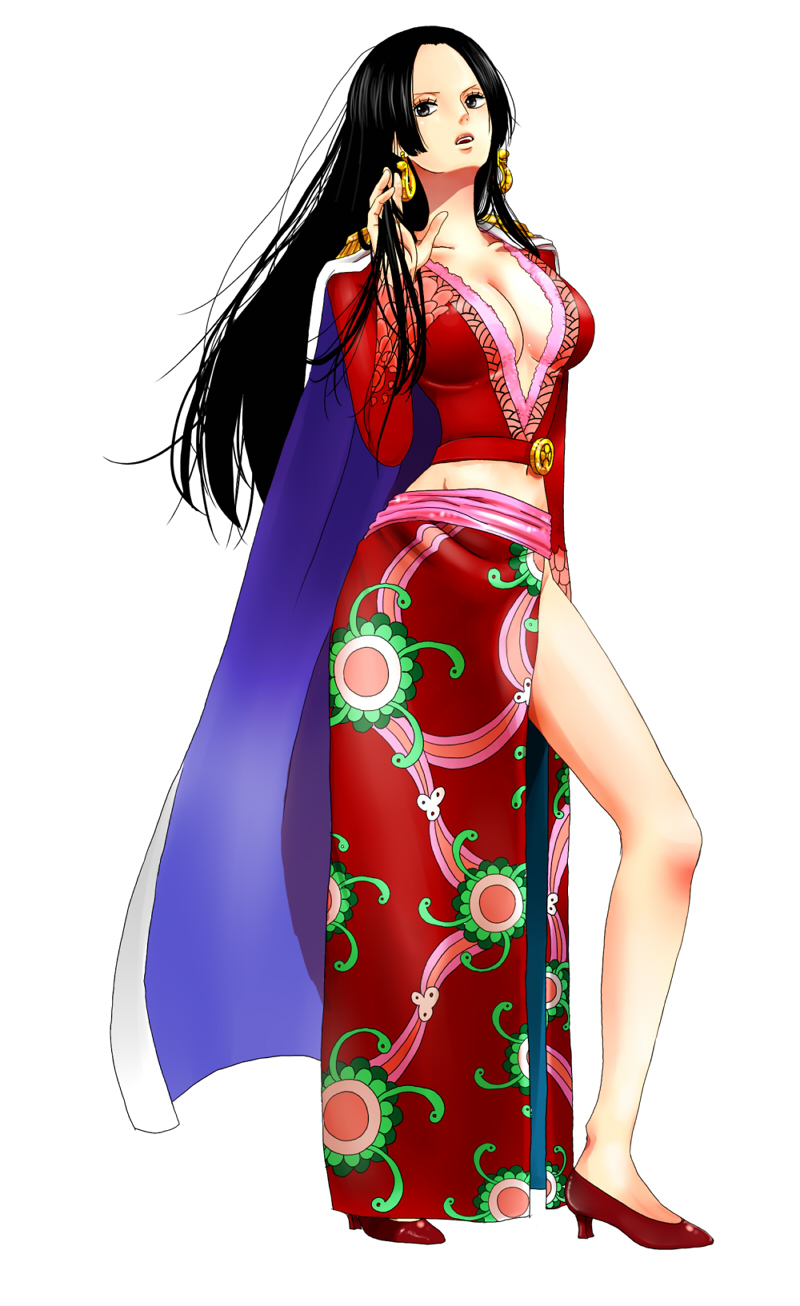 Boa Hancock is the Empress of Amazon Lily and member of the Seven Warlords of the Sea. She ate the Love-Love Devil Fruit that allows her to change people into stone.

Boa Hancock possessed the powers of the Paramecia type Devil Fruit called the Love-Love Fruit (メロメロの実, mero-mero no mi). Many of her powers require her to first entice her victims with her charms. Any with impure thoughts will be turned to stone. So far, Monkey D. Luffy has been the only person immune.

The powers of Haki (覇気, haki) were a mystery for much of their time in the One Piece series until Rayleigh revealed they are somethign innate in every human. Those who have attained fame in the world are those with the most powerful Haki. There are three forms and each person tends toward the form that suits them best. Few can master all three, even with training. Boa Hancock, has been shown to know how to use two Haki forms. The powers of Haki are well known on Amazon Lily, but most citizens are unaware of the Devil Fruits.

Their eyebrows look so different… any thoughts?

ONE PIECE & ALICE IN WONDERLAND