Last year, I saw a theory video about what could possibly be Luffy’s Gear Fifth. The premise of the theory was that Luffy’s Gears all focus on a different part of the body, making it unlikely for future Gears to be direct enhancements of previous ones. This may provide an explanation for why Gear Fourth has the title of Bounceman; the use of muscles is explicitly the basis of Gear Fourth, so any other muscle-based Gear abilities would be variants on Gear 4th. The theory I found (which sadly I cannot find now) stated that Gear 5th would focus on the nervous system, allowing Luffy to take control of his bioelectrical signals and weaponize them. The theorist further backed their idea with the fact that rubber, despite inhibiting electricity, can be electrically charged with static electricity, such as a balloon in the winter.

This got me thinking; is Luffy really smart enough to understand that his nerves have electricity running through them? Would he even be able to find his nervous system? For that matter, does he even know what a nervous system is? Sure, Rayleigh or Chopper could probably help him figure out something like that, but I don’t think so. I think Luffy would find a much simpler, more obvious source of electricity.

Let’s go back to the balloon example. Traditionally, what method do people use to charge balloons? They rub them against their hair. I propose that Gear 5th will indeed be electricity based, but not from the use of the nervous system, but rather the hair. Now, I do not propose that Luffy will pump air into his hair, as I do not think that that would produce the effect I am suggesting. Along the same line, though, I do not think pumping air into the nervous system would grant control of bioelectricity. What I am saying is that Luffy will add an electrical charge to his attacks, improving his offensive capabilities and possibly granting a speed power-up similar to Gear 2nd. If you are thinking that it would be redundant to give him another speedy Gear, bear in mind that Gear 4th is a power-type Gear like Gear 3rd. Also, I think that Gear 5th will be able to be used in combination with the previous Gears, so if you are worried that Gear 5th will lack the raw power of 3rd or 4th, I hope this will put your mind at ease.

The previous theorist suggested that they got the idea for electricity from Luffy’s Thor attacks. 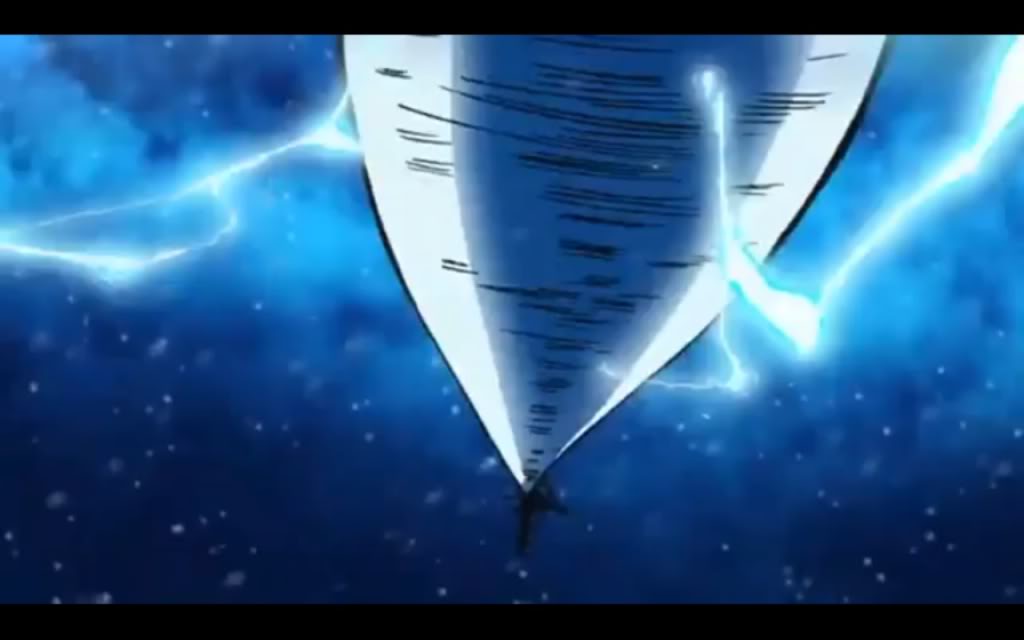 Now, I admit, Thor Gigant Axe being from Strong World means it is not canon, but Strong World was written by Oda, so presumably Gigant Axe was his idea and was intended to be a demonstration of the Gum-Gum Fruit’s capabilities. Thor Elephant Gun, on the other hand, is canon, and as you can see, has electricity coming off of it. Unfortunately, the electricity is only shown during the clash with Don Chinjao, and admittedly may just be meant as sparks from the impact, but I still think the association of Thor, a previously mentioned electric-attack, and the visual of electricity may be meant as more than coincidence.

But how will Luffy discover that he can generate electricity through his hair? By accident, like he did with speeding up his blood flow and inflating his bones? Quite possibly, but I think not. You see, I came up with the idea of him using his hair around the time Doflamingo was defeated. I thought for a few months “he’ll probably run his hand through his hair on a winter island and find sparks or something.”

But then the crew arrived at Zou. Carrot attacked, electricity emanating from her paw. Strange, I thought. Rody the bull headbutts Luffy, also charged with electricity. We learn that all Minks can use this electric ability, known as Electro.

But why? Very few animals in the real world can utilize electricity. It’s not like Fishman Jujutsu, where fish people who live in water manipulate the water around them. That makes perfect sense, but why would any old land animal be able to use electricity? What’s the correlation?

The correlation, my friends, is fur. Every mammal has fur (with a few exceptions) and the Minks seem to be exclusively mammalian. In fact, it is explicitly stated that the fur of the Minks is their pride and joy (though I am having trouble finding the page this is said on). So, I believe that Electro is generated in the fur of the Minks, and that Carrot’s weapon is a furred paw-glove to facilitate the transference of Electro from her body to the weapon.

I think Luffy watching Carrot fight will give him the idea to try using his own hair to generate electricity. The result will likely be somewhat different from Electro, but he will more or less get the basic idea of using his own “fur” as a basis of the ability.

As I was writing this theory, I realized that there actually is a way Luffy could air in Gear 5th. He could pump air into the hairs along his body, such as on his arms or chest, to increase the surface area with which he can generate electricity. I don’t think this is too likely, as we have never seen Luffy with hair anywhere other than his head, but the idea of Luffy puffing himself up and suddenly being really hairy sounds exactly like something Oda would do. Besides, perhaps the hair on his arms is just really small, not even sticking out of the follicles, so he needs to pump up just to get it to show. Remember, Oda has stated that the point of Luffy is to keep the story ridiculous even at its most serious moments, so I don’t have any trouble imagining Luffy making himself absurdly hairy in the middle of a decisive battle. Hell, making himself hairy may give him more of a monkey appearance, and I have seen a couple of theories that his Awakening or Gear 5th will make him “the Monkey King.” His hair may just be the key to that.

In summary; I believe Luffy will be inspired by the Minks’ Electro ability to try using his hair to generate electricity for Gear 5th; he may pump up his body hair to make himself more Mink-like, taking on the appearance of a monkey for this new form.