First of all, here is a new character design for One Piece Film Gold. His name is Gildo Tesoro (ギルド・テゾーロ). 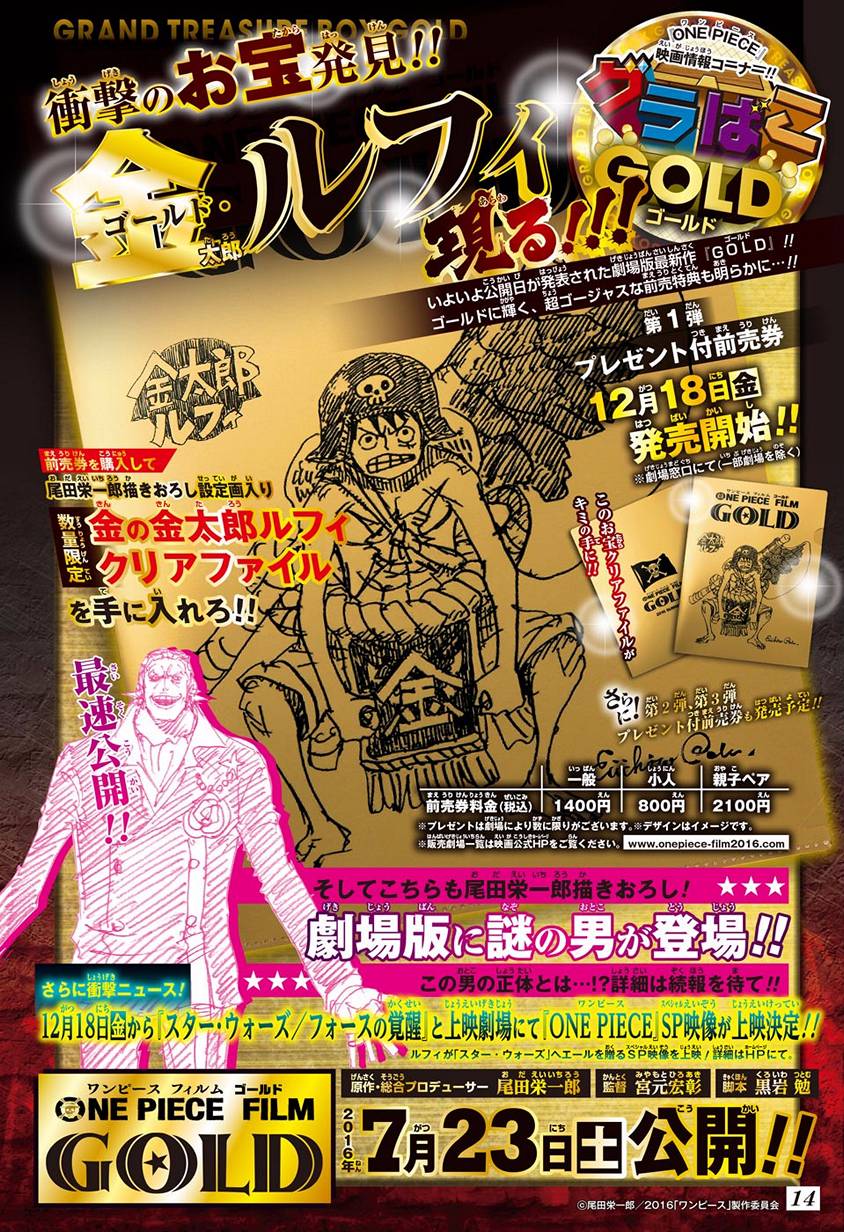 Tesoro says, “It’s show time!”
He is responsible for the largest entertainment city in the world. The city is also a “ship” where Straw hats are heading for. 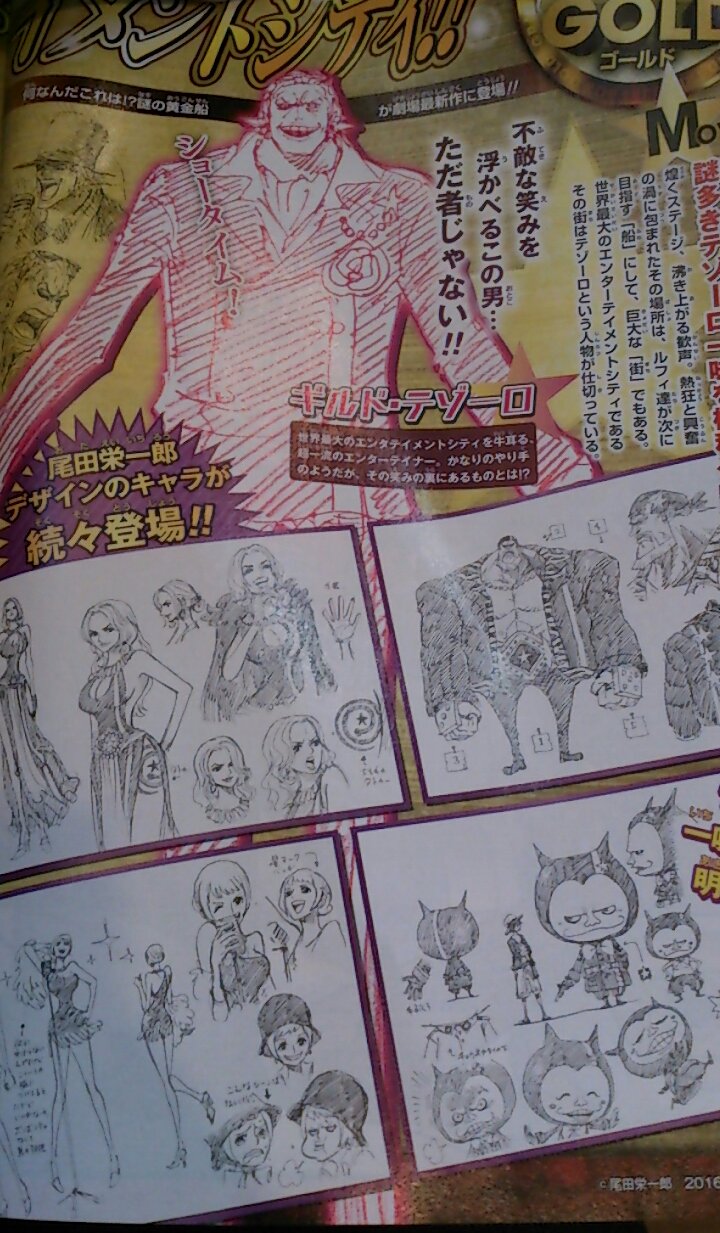 “What is waiting there? Eternal dream or unfathomed darkness…?”
The length of the golden ship/city is 10 kilometers. It is acknowledged by World Government as an independent nation. 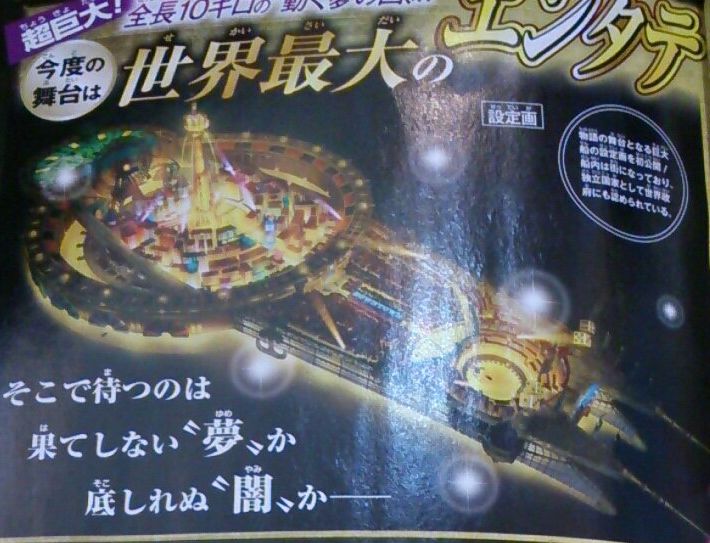 Who is allied with whom and who is against whom? Here is the Answer!!